Valentino Balboni has the best job in the world 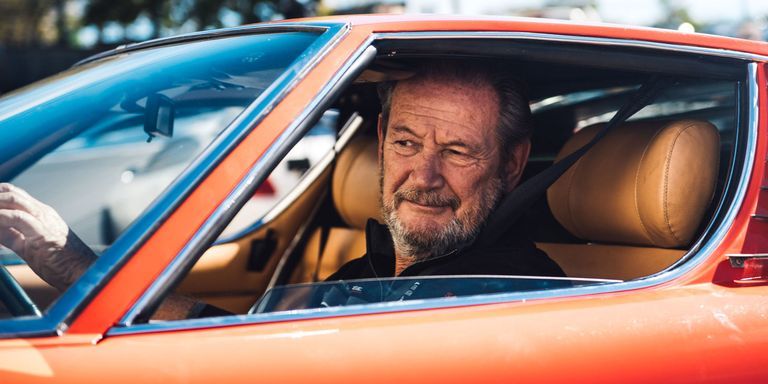 He started as an apprentice cleaning the factory floor and he retired with one of the world’s fastest sports cars named after him. Such is the story of Valentino Balboni, a recent visitor to Jakarta.

Now 70 years of age, a man of great wisdom and charm, easygoing and with a self-deprecatory sense of humor, Balboni is the former Chief Test Driver at Automobili Lamborghini, the Italian supercar manufacturer created by industrialist Ferruccio Lamborghini (1916-1993) as a rival to Ferrari in 1963.

Balboni came to Jakarta at the invitation of Stanley Atmadja, President of the Indonesia Classic Cars Owners Club. Atmadja asked the legendary Italian test-driving ace to judge the first Concours d’Elegance to be held in Indonesia.

The event, which featured more than 30 classic cars and motorcycles from the 1940s to the 80s, was held at Four Seasons Hotel Jakarta on Saturday, September 21. Among the venerable vehicles that had petrol heads swooning was an Arthur Bechtel-restored Mercedes Benz 190SL, which Balboni picked as the winner.

Balboni judged each car based on its condition, history and originality, and on the accuracy of its restoration. After the judging was over, he sat down with Prestige and looked back on a remarkable career.

He worked for Lamborghini for 40 years, from 1968 to 2008. After his retirement, the company announced a special edition run of 250 Gallardo LP550-2 “Valentino Balboni edition” supercars.

Balboni hasn’t put away his driving gloves just yet. He still acts as a consultant to Lamborghini. Excerpts from an exclusive interview:

Is this your first visit to Jakarta?

This is my third or fourth time. I have many Indonesian friends, among them Stanley. It’s a great pleasure to meet up with old friends and make some new ones. I was amazed to see so many beautiful cars, and so many enthusiasts of classic vehicles. It means the tradition keeps going on. I love the passion collectors feel for their cars.

What do you make of our crazy traffic?

Of course it has its negative aspects, but it also means that business is good and that people are moving. As for driving pleasure, it’s the same all over the world. You must pick your times. You can go out late at night, or early on a Sunday morning, and have a fine drive in Jakarta.

How did it all start for you?

I applied for a job as a mechanic. Lamborghini was still a young, growing company then. I was in the middle of my job interview when the door was suddenly flung open by an angry man smoking a cigarette.

He seemed to be nervous and excited, and he yelled at the interviewer about not hiring anyone who just wanted to waste his time and not do his work. Then the door slammed and he was gone. It was only later that I realised I had just met Ferruccio Lamborghini!

I guess I did OK in the interview because I was offered a job in the workshop. First, they told me to clean the floor. Then I cleaned engines and tools. I started at the bottom.

When did you become a test driver?

In 1973, a beautiful experience. I liked driving cars around the building, which strictly speaking I was not supposed to do. But I was good at handling them, and this was noticed.

They were looking for someone to take over from (New Zealander) Bob Wallace after he retired as Chief Test Driver, and I was asked if I would like to try out. To see if I had what it took, they put me under Bob’s wing for 12 months. Just like that, I had the best job in the world. They gave me the opportunity, and I devoted my life to Lamborghini.

When you drove a new car what were you looking for?

You have to take the car to its limits. It’s a huge responsibility because you have to be able to communicate accurately to the engineers what you experienced. You have to report every detail to them. The test driver has to prove that everything about the car works the way it’s supposed to work.

Did you have many crashes?

Some incidents. There will always be times when things go wrong because you’re pushing the car as far as it will go. A couple of times I had tires blow out when driving at high speed. You have to be ready for anything.

Ferruccio wanted to be different from everybody else. He wanted to be more exclusive. His cars had to be challenging, aggressive and powerful.