By Alisha Pawa
Presented by B.Grimm 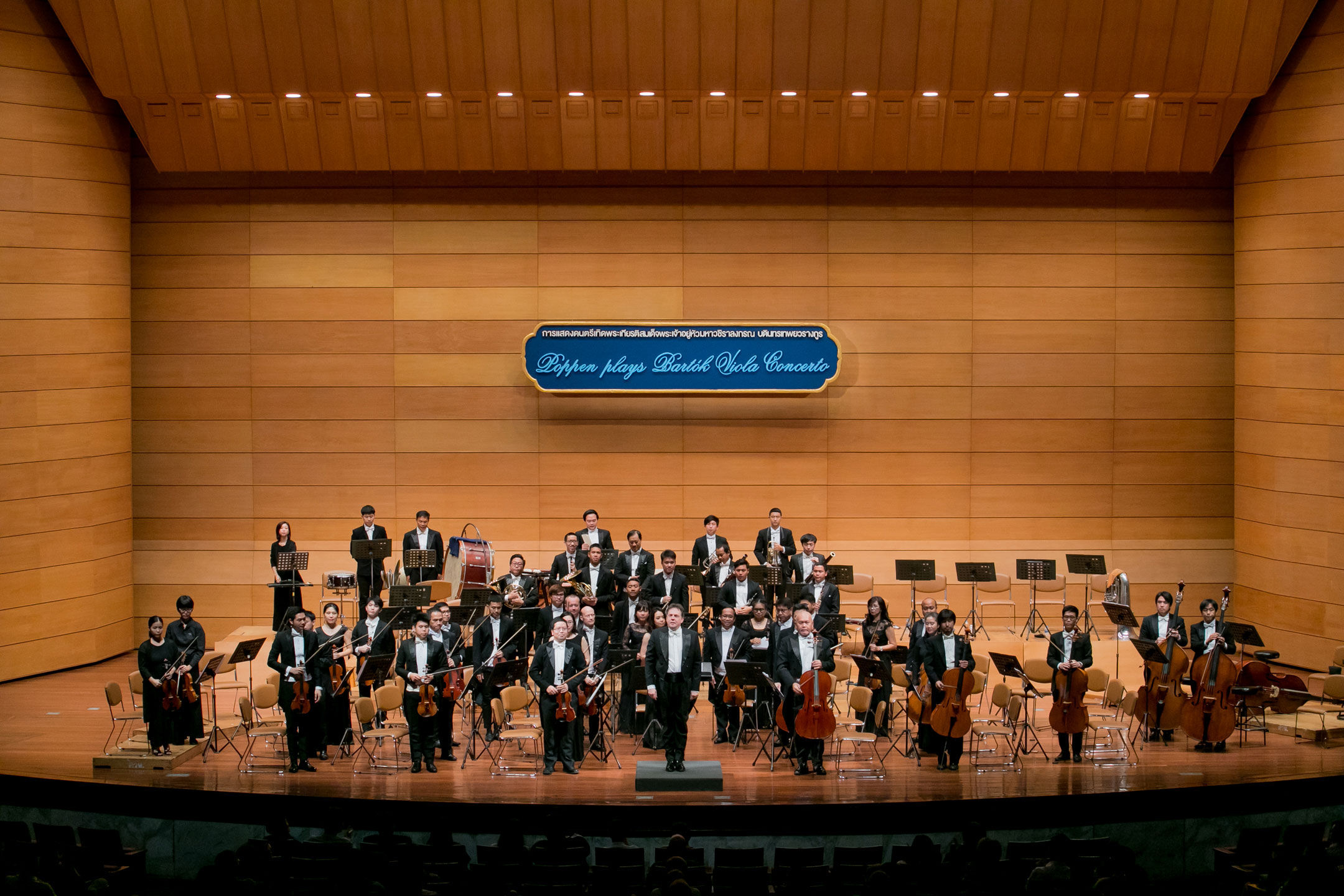 Music is the one incorporeal entrance into the higher world of knowledge which comprehends mankind but which mankind cannot comprehend.

The Royal Bangkok Symphony Orchestra (RBSO) is bringing a fresh dynamic pair, Conductor Michel Tilkin and Pianist Irene Russo, to take us on a musical journey where we can revel in some of the world’ most famous classical tunes. RBSO will be celebrating the wonderful works of the most genius musician, Ludwig Van Beethoven, and the well-recognised Austrian composer, Josef Anton Bruckner with the ‘Emperor of Music’ concert on Friday, June 28th, 2019 at Thailand Cultural Center’s Main Hall.

Listen to Beethoven’s Piano Concerto No.5 in E-flat major by the composer who reinvented the symphony and string quartet, and moreover, redefined piano sonatas in a way that changed music forever. Alongside will be Bruckner’s Symphony No.4 in E-flat major which will remind you of the first of the rich harmonic language from the Romanticism era. RBSO has always been bringing international talents and today, it represents Thailand as a cultural ambassador, locally and internationally.

In conversation with Michel Tilkin

‘Emperor of Music’ will see Belgian conductor and Music Director of RBSO, Michel Tilkin, play alongside Piano soloist Irene Russo. Conductor Tilkin has seen a successful career on the podium internationally with his experience in performing numerous ensembles – making him a master in shaping large symphonic structures. Mr.Tilkin’s immense love for music started during his youth. “I learned to play trumpet, accordion and organ at the local music school. During an intense career as an orchestra musician playing in several high-level European orchestras, my interest in conducting started to grow. About 20 years ago, I made the big jump and changed my profession from playing to conducting.”

He is convinced that with the cooperation of the members, the Orchestra is heading towards success. “The orchestra is moving in the right direction and the choice of repertoire and the way of interpretation seems to become clearer to the musicians. There’s still a way to go but becoming and being a high-class symphony orchestra is the challenge for all orchestra’s in the world,” said Mr.Tilkin.

Conductor Tilkin is also known for his charismatic presence on the musical stage and for sharing a positive relationship with all the musicians. Conductor Tilkin is looking forward to the exciting experience of playing with solo pianist Irene Russo. Conductor Tilkin shares, “It’s the first Bruckner symphony we’ll play together and we’re looking at a great challenge to discover the magnificence of this great masterpiece. Although standard repertoire Beethoven’s Emperor piano concerto will always be an adventure in cooperation between orchestra and soloist. Understanding the soloist’s view and interpretation in only a few hours of rehearsing is very demanding for orchestra and conductor.”

In Conversation with Irene Russo

Pianist Irene Russo started to play at the early age of 4 with her upright piano at home. Irene noticed that she started creating her own melodies and since then, she followed through with theory lessons by a professional teacher in her hometown, Foggia in the south of Italy. Irene expresses her excitement to perform for the very first time for the Thai audience. “I’m deeply honoured to be invited to perform with the Royal Bangkok Symphony Orchestra, it will be my debut in Thailand and I’m very excited,” she said.

When asked about Beethoven’s symphonies, Irene expressed her fondness for Beethoven and said how he created history with his impeccable skills. Irene expressed, “I can surely say that he’s one of my favourites. First of all, he was a great composer for piano, and he used this instrument like an orchestra. Beethoven was much ahead of his times, always trying to push up the boundaries and always looking for more. His poetic tone and his powerful approach to harmony always impresses me very much. There is a wonderful inner strength in Beethoven that we don’t find in any other composer. What a genius!”

She shares her experience of performing at concerts globally. “I never stop to be amazed by the great part of this job, even after so many years. To perform around the globe allowed me to know so many countries, people, cultures, crossing so many lives with mine. I’m very fortunate to be able to share my experience with others.” Irene has performed twice at Piano Festival in France, then in Beuno Aires and back to Belgium for a tour with the orchestra.

Lastly, Conductor Tilkin explains to us the essence of an orchestra concert. “Unlike completely new repertoire the standard pieces are more familiar to everyone and will give instantly technical clearness. But as life itself, time will give new insights. So, every time we play this standard repertoire there will be new discoveries and developments in the minds of all participants,” Mr.Tilkin said.

Having said that, we can’t wait to explore the chemistry and harmony between the two awe-inspiring musicians to see how they bring the romantic concertos to life. ‘Emperor of Music’ by RBSO will be held on Friday, 28thJune 8pm at the Thailand Cultural Center.

To get your tickets or find out more, visit thaiticketmajor.com.

Alisha is an online content creator for Prestige Online. She loves to dance to the latest pop tunes, enjoys a hot brew while reading rom-com novels, and is always on-the-go for her midnight chocolate cravings. During her personal time, find her creating dance choreography for her next dance cover. She hopes to host her own travel show one day.
Arts and Culture travel people events property