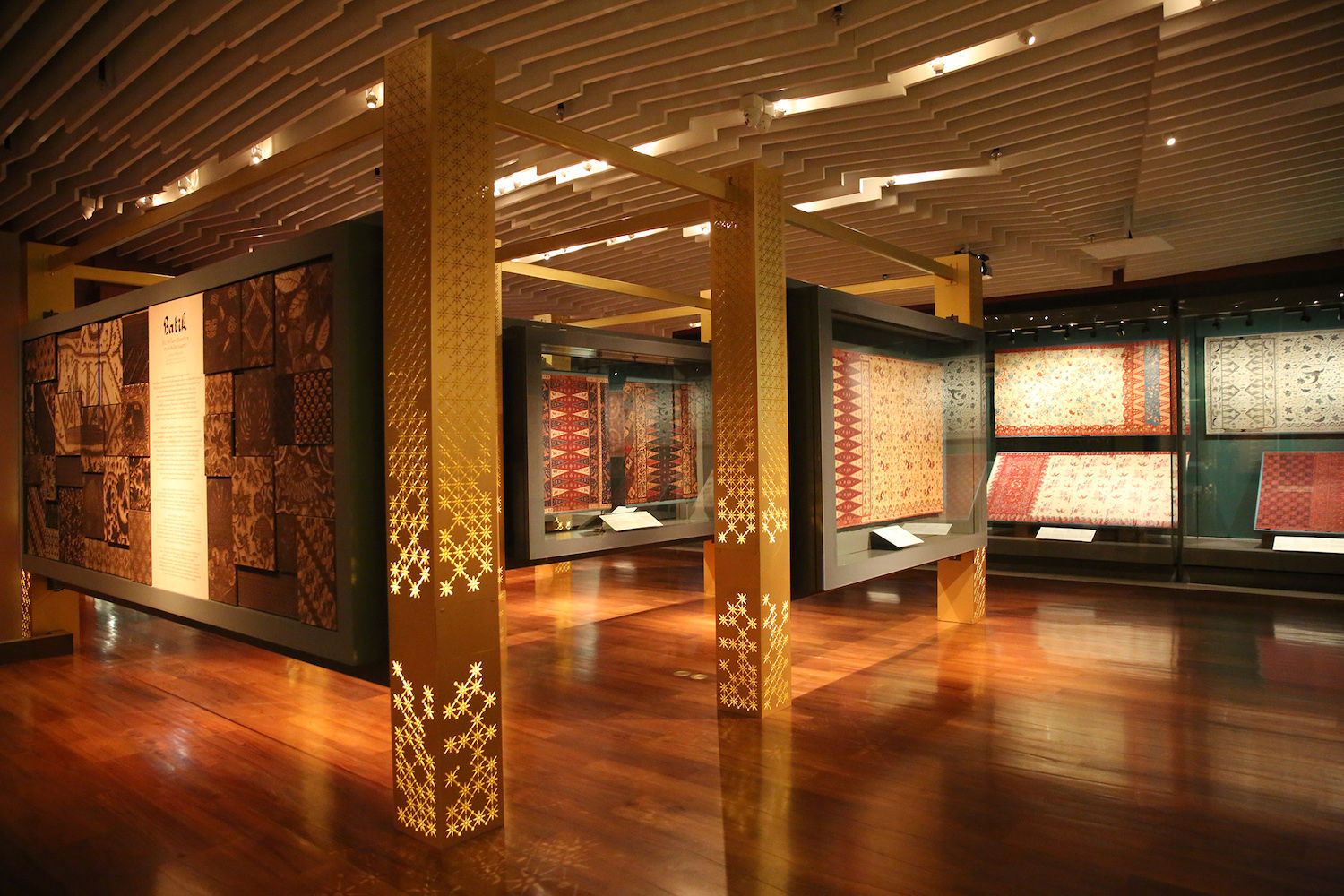 When King Chulalongkorn visited Java, His Majesty had the opportunity to view a batik painting demonstration — considered an incredibly famous local handcraft. Impressed by what he saw, and pleased with the batik textiles, he bought home a large number of pieces. Those pieces, combined with the ones that had been gifted to him, resulted in a rather spectacular collection of over 300 designs of beautiful batik artistry.

Last year, a portion of this collection was made open for public viewing at the Queen Sirikit Museum of Textiles, through ‘A Royal Treasure: The Javanese batik Collection of King Chulalongkorn of Siam’ exhibition. Following on the popularity of the first rotation, the exhibition is now back for a second round, offering a rare glimpse into a new set of the handcrafted batik textiles owned by His Majesty.

For the second rotation, the Queen Sirikit Museum of Textiles has completely replaced the original display of textiles for a second set, comprised of 37 pieces from King Chulaongkorn’s personal royal batik collection.

A few of these designs have never been elsewhere before, making this a truly one-of-a-kind opportunity for those who truly appreciate the art and craftsmanship that goes behind this Javanese tradition.

His Majesty’s collection of batik textiles will be exhibited in two rooms. The first room offers a showcase of pieces that have roots in the northern coast of Central Java and West Java, while the second room sees a display of pieces from Central Java — including patterns from Yogyakarta and Surakarta.

An audiovisual presentation of the batik production process will also be shown to complement the exhibition, and help visitors gain a better understanding of the creative process.

Those visiting the exhibition definitely do not want to miss out on certain highlights, namely a piece featuring the Sirikit batik pattern, as well as the Mikado pattern from Yogyakarta — a reflection of Japanese influence. This influence is also visible through the various Japanese fans which are portrayed through the batik printing technique. There’s also a stunning blangkon headdress that has been painted with gold — referred to as the batik prada, it is assumed to have come from Cirebon, in Wester Java, and was only worn on special occasions by male members of the royal family. Out of the entire royal collection, only one such piece has been found.