Aston Martin’s Miles Nurnberger on designing for the brand 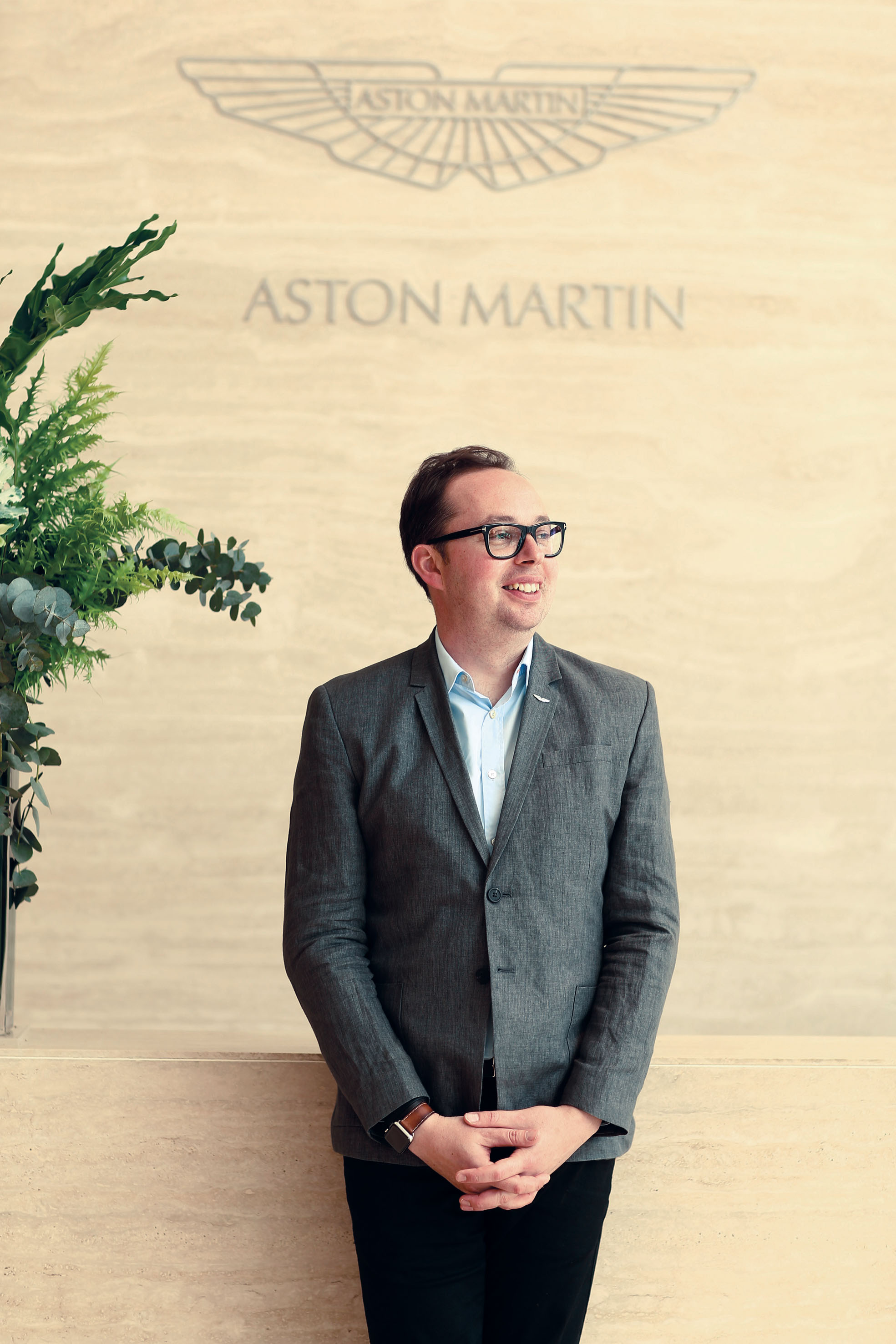 The Aston Martin Vanquish Zagato and Valkyrie may look worlds apart, but the cars are linked by a single philosophy.

“We’re always trying to make something as pure and beautiful as possible,” says Miles Nurnberger, creative director of exterior designer at Aston Martin.

Beautiful they are without a doubt, but Aston’s beauty takes on many forms. On the Vanquish Zagato’s bodywork, split lines are reduced to a minimum, thanks to large one-piece carbon fibre panels the car has been crafted from. The result: A lightweight body that enables this limited-edition coupe to roar down roads with even more power, for an unabashedly aggressive update from its predecessors. Call it a nostalgic throwback to the 1950s-70s when GT cars were all the rage, with futuristic touches á la spaceship-like rear lamp clusters and a neon hue of red.

If the Vanquish Zagato were human, Nurnberger reckons it brings to mind the unusual beauty of English fashion model and author Sophie Dahl. “I’ve always described the Zagato as a beauty in the madness,” he says.

While the silhouette of the car is the building block of an Aston Martin, the face is where most people judge character.

“We have created this intricate, 3D ‘Z’ pattern in the grille with lights on it — a nod to some of the older cars we have done,” he says of the Zagato. “Such as cars like the original Vanquish with these graphical lamps at the corner.”

By contrast,  the Valkyrie, born from engineering and aerodynamic purity, has a face that Nurnberger calls “one of the most extreme yet”. There is no single design language the marque follows; in a sense, its beauty is meant to be unfathomable.

“The character of the car must be visible in the design. We talk internally about the love of the beautiful…but it’s more about the philosophy [of] making cars,” he says.

He singles out the DB11, one of the automobiles he is most proud of. The 2016 release was so difficult to make that at one point, it almost became an abandoned dream. For nearly half a year, the team could not find a single piece of aluminium in the world big enough to make its clamshell bonnet. Giving up would render the original concept worthless and the grand tourer would look nothing like it does today.

By a stroke of good fortune, someone eventually found a roll large enough and the rest was history. The difficult battle, Nurnberger says, was for art’s sake. A single flowing piece eliminates split lines (that implied poor craftsmanship), while a larger bonnet allowed energy to dissipate better upon crashing, keeping in line with increasingly stringent crash-testing requirements.

I ask Nurnberger to pick his favourite child. He laughs, as he speaks of his earlier days at the company. The first model he worked on at Aston Martin was the One-77 — it was completed just a day after his own child was born.

“That week was crazy, running between the hospital and the workshop,” he says. “It obviously has a place in my heart.”

Looking back, Nurnberger admits he never imagined concepts like the Valkyrie could become real cars. Back then, a single door on the One-77 took as long to make as the entire DB9. A machined piece of aluminium took on a single blade-like form in the hands of a master craftsman. He calls the car a pivot point for Aston Martin, kick-starting a generation shift for the marque by steering it towards craftsmanship.

The company’s filing for bankruptcy seven times in its first century aside, every Aston Martin is a work of art.

Beneath the sleek exterior, its cars are littered with a multitude of ideas, even the unassuming parts. The saddle leather on the armrest had to be scythed down such that it blended seamlessly into the window switches. What looks like an inconspicuous piece of leather with a button belies the enormous technology, thought and process that have gone into producing it.

Aston Martin’s next important challenge is the DBX, which launch in 2019 and marks its debut in the luxury GT segment. The dream is to enable stylish travel that’s family-friendly and environmentally responsible, and Nurnberger promises the wait will be worth it.