A Touch of Glamour by Prasetio Budhi, Founder of PlusDesign 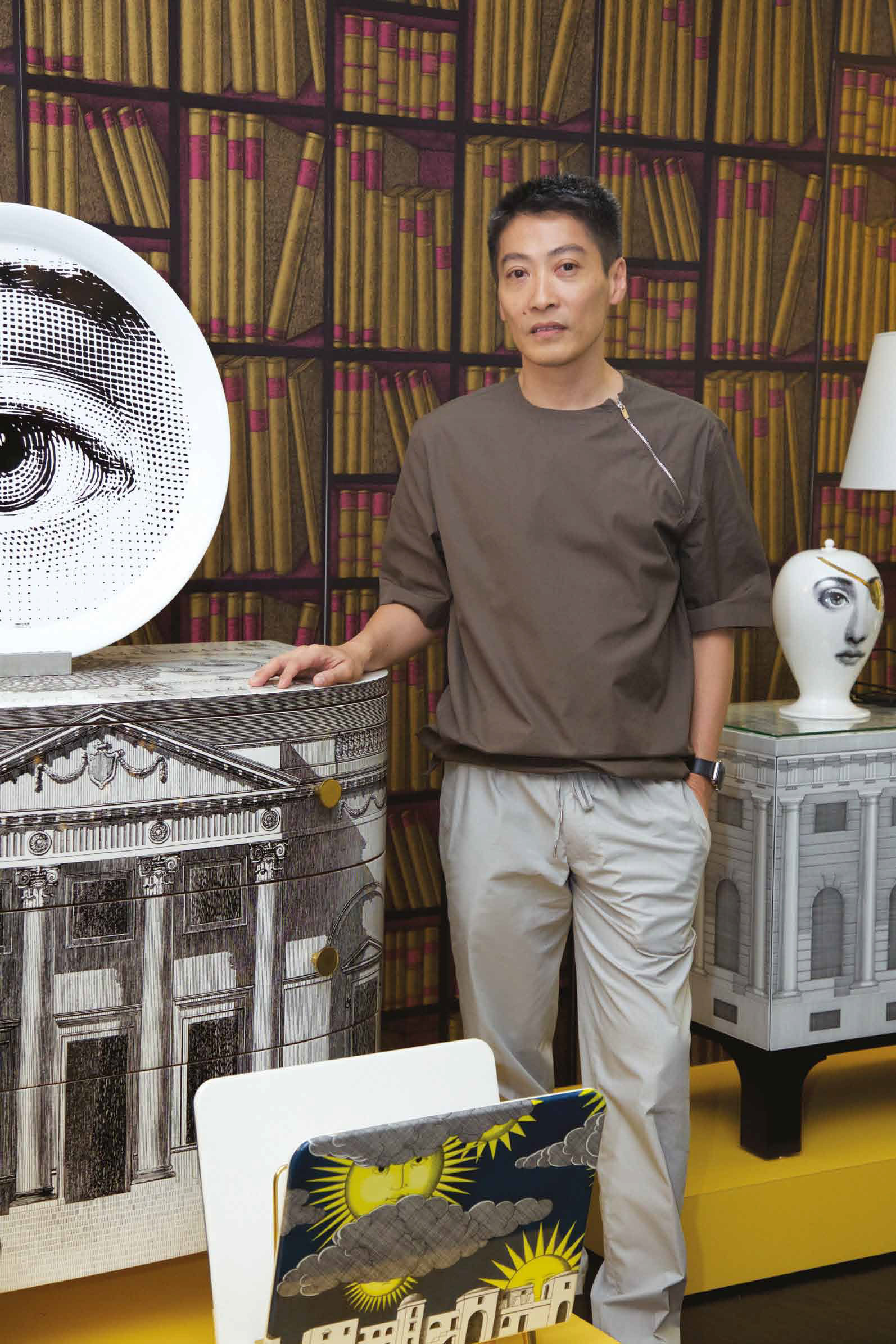 Pursuits
A Touch of Glamour by Prasetio Budhi, Founder of PlusDesign
Share
Next article

“I love to add a touch of glamour to a room with statement pieces, such as a cabinet or a mirror. So there is a sense of luxury in my work, but it’s understated,” Prasetio Budhi, Founder of PlusDesign, tells Liviani Eka Putri.

“American style – that pretty much describes my work,” Prasetio Budhi says. “I like things clean and simple, yet comfortable like at home. Why? Because our daily lives are already hectic enough, and when we arrive home it has to be relaxing and you must be able to express yourself.”

The founder of PlusDesign, in Jl. Bromo, a graduate of the Academy of Art University in San Francisco, goes on: “When people see my work, they have to feel the sense of thoughtfulness that has gone into the space. I hope they will appreciate the colours and material selections, even the smallest details.

“I love to play with lexy textures, subtle finishing. At the same time, I love to add a touch of glamour to a room with statement pieces of furniture, such as a cabinet or a mirror. So there is a sense of luxury there, but it’s understated.

“This sounds like such a cliché, I know, but less is more is the best decorative advice I’ve ever received. When we choose things to wear, we have to know when to stop. Sometimes women, when dressing up, tend to put too many things. They don’t need that much because sometimes it’s not necessary and there’s no point in showing off. That’s why putting in the right items, like the statement pieces, can lift up a room.”

How did Budhi discover his interest in interior design? “I was planning to study architecture originally, but it turned out that I chose interior design,” he laughs. At the Academy of Arts University he gradually fell in love with San Francisco. Living in the city affected his outlook on life and somewhat shaped his beliefs about design.

“It felt like home, I must say, maybe because there’s a big Asian community there,” Budhi recalls. “San Francisco is a huge melting pot where a lot of different cultures influence the way people live, including the way they enjoy design. I saw a blending between the traditional and the modern. You see colourful Asian vases and chinoiseries, and solid European-style cabinetry with a touch of Asian. I guess that’s what makes San Francisco so rich and inspiring.”

Budhi came straight home after finishing his studies and took a job with one of the biggest design firms in Jakarta as a draughtsman. “I spent quite a long time there and learned a lot. In 2003, I decided to start my own firm. Most of PlusDesign’s work is residential projects, both apartment and houses, and also retail and some commercial contracts.

“I think that when working with clients, chemistry is the key to every successful project. The initial conversation is a very important part of the process, to get to know more the client. Usually, I do a sort of little interview to begin with because I can’t guess what they want and, sometimes, what they say then is actually not what they really mean.

“Through the further meetings we have subsequently, I can find out what they really like while at the same time building trust with them. This is a key point, since a project can be done beautifully because of a successful relationship between two parties.

“Every project is a different space, and clients are different. You can’t make or put them all in the same frame. Your tastes might be the same as theirs, but that’s actually not always the case, of course. What you see as beautiful might not be so in others’ eyes, and vice versa. You can only suggest and advise. The most important point is whether the client likes it.”

A member of ID12, an association of the country’s interior design luminaries, Budhi talks about some his favourite designers. “I loved (the late) Jaya Ibrahim’s furniture collections. Luckily, I managed to acquire one of his exquisite coffee tables, which I really treasure.

“I love chairs, especially the Wishbone Chair (model CH24, the first Hans J. Wegner designed exclusively for Carl Hansen & Søn in 1949). There have been a lot of knockoffs of it, but the original has a special place in the world of modern design.” (Wegner chose to combine the back- and armrest into a single piece. To give stability to the steam-bent top and ensure comfortable support, he developed the characteristic Y-shaped back that the Wishbone Chair is named after.)

On the subject of inspiration, Budhi says: “I don’t like to be stuck in one place, so I guess that travelling is the answer, because it builds our sense in terms of experiencing the things in hand. We can feel the space and the structure. I’m quite an adventurous person. I enjoy visiting big cities to keep in touch with what’s current – not to be trendy, but just to be up to date.

“Travelling to the west is always fun. European countries are my favourite destinations because of their different cultures, and everything is laid out – every piece is design. Not to forget that our culture and history are influenced by the European culture, that’s why there are some bits that feel so relatable. But African countries have become a choice for me also, because they have nature and wildlife that is still raw. Another continent I would love to explore is South America, since the cultures of each country are one of a kind.”

Asked about the interior designers he most admires, Budhi says he’s always “amazed” by the work of San Francisco-based Orlando Diaz-Azcuy, whose studio “radiates Zen-like tranquility and his apartment is an oasis of understated style”. Says Budi: “He taught me back in school, and was one of the designers who influenced me with his elegant and effortless style.”
Budhi also admires the work of Kelly Wearstler, dubbed by The New Yorker as “the presiding grande dame of West Coast interior design”. He notes: “Seeing how she put patterns and colours together encouraged me to play with colour. Even though my style is on a different path, I’m still trying to take bits from her inspiration.

“I once stayed in a hotel she designed. Each wall in the bedroom had a different wallpaper. So you can imagine how fantastic it is, but it doesn’t feel weird. It’s just executed beautifully because the colours are not clashing, and it’s something you know you would never thought about doing yourself.”

The new technologies and social media have made living in a fast-moving world, including the design world, even more intense. Budhi isn’t worries. Indeed, he expresses his excitement that “everything is accessible where people can do and see different things, do anything they like to do and get inspired from the world. It all stimulates our senses to create better things. I would also say that, these days, art is having a bigger influence on the design industry than ever, as can be seen in the growing number of art fairs and exhibitions that keep popping up.”

Budhi is impressed by the fresh ideas of some emerging young designers, “but sometimes I see them tending to be in a rush and even just taking things literally from one source, like only from social media – without doing the proper research. That’s when things end up not going so well. To succeed in this profession, a young designer needs to find his or signature style first. It’s not easy and it takes time, but it’s better to slow down and appreciate the process.”

Do other designers copy his ideas and claim them as theirs? “This happens, but I don’t see it as a threat,” Budhi concludes. “I think everybody is taking ideas from each other, all the time. It’s a matter of how you execute it – and make it yours.”