By Editorial
Presented by 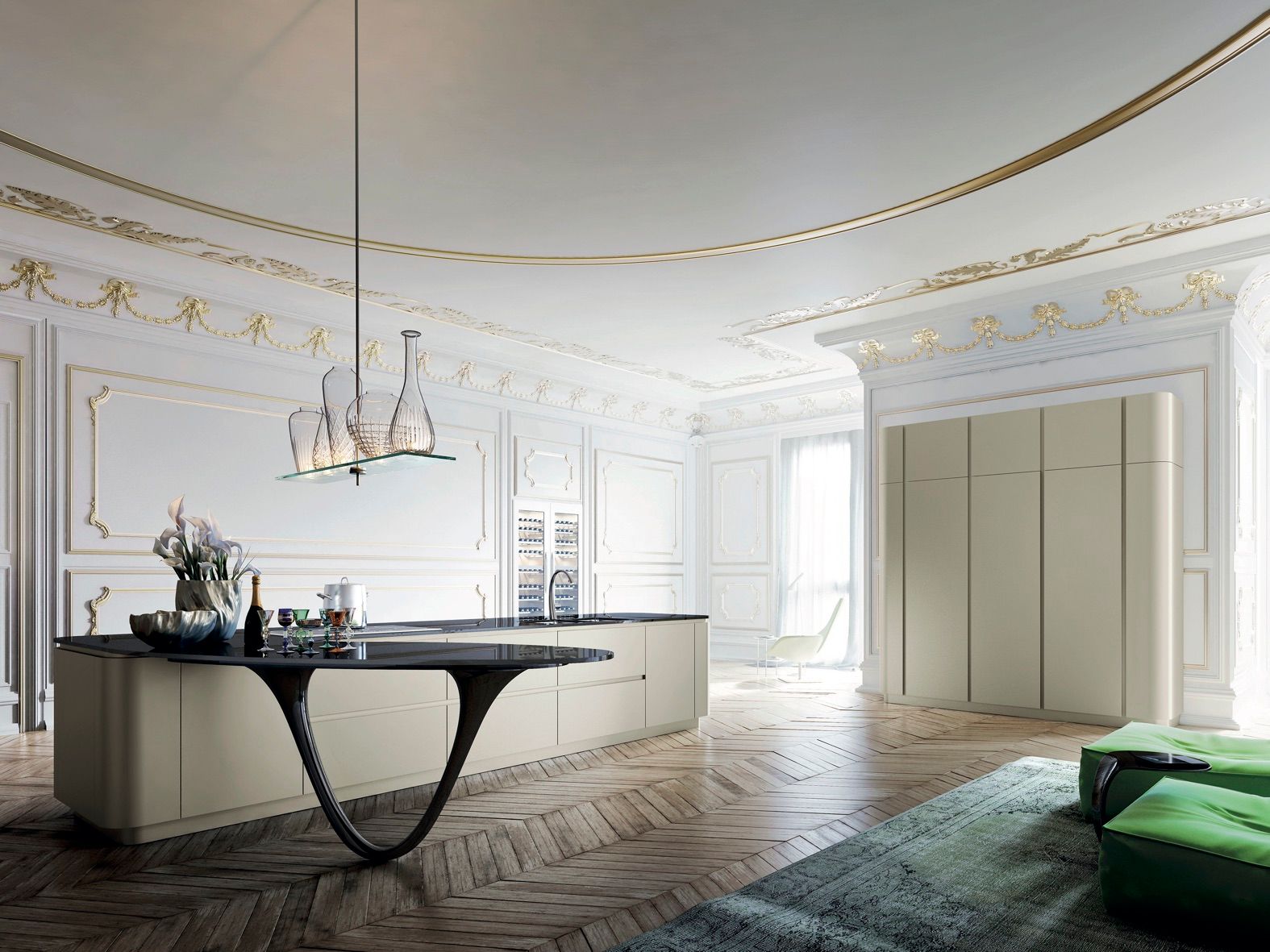 One is a furniture design and manufacturing powerhouse known for its sleek, quintessentially Italian designer kitchens that marry form with function. The other is an Italian design house famed for its automobile body stylings for motoring giants such as Ferrari, Alfa Romeo, Bentley, BMW and Maserati. Their industries couldn’t be more different, but as fate would have it, common values – innovation, elegance, passion – brought them together in 1989, and thus began an exclusive partnership spanning more than a quarter of a century.

This meeting of minds bore its first fruit in 1990: The Ola, which put a fresh spin on how a kitchen looks. Ditching the typical wall-to-wall, floor-to-ceiling cabinetry and wooden kitchen islands for the svelte aerodynamic contours of supercars and then-new materials, it combines Pininfarina’s flair for sensuous forms and mixed finishes with Snaidero’s expertise in production. At its heart is a three-dimensional kitchen island rendered in moulded polyurethane with a lacquered finish. Anchored by a beautiful sculptural leg, it is sleek, functional and ergonomic, with smooth surfaces, rounded edges and sexy curves.

Needless to say, the Ola quickly became an icon of the big-name collaboration, and has been in continuous production since its launch. It won The Chicago Athenaeum Museum of Architecture and Design’s Good Design Award in 1996, and repeated the feat in 2011 and 2014 with its next two iterations: the Ola 20, released exactly 20 years after the Ola first appeared, and the Ola 25 Limited Edition (above), which commemorated 25 years of partnership.

Never ones to rest on their laurels, Snaidero and Pininfarina followed up on their first success with a series of customisable kitchen designs that won favour with both industry insiders and end users. While the concepts may differ – the functional Viva (1994), for instance, celebrates curves, while the concentric kitchen Acropolis (2003) highlights high-tech materials and a person-centric approach, and Vision (2018) presents a more modern, fluid domestic space rendered in materials that evoke purity and sensuousness – the Snaidero x Pininfarina kitchen is always sleek, futuristic, ergonomic and functional.

Environmentally conscious homeowners, in particular, will appreciate the fact that Snaidero, founded in 1979, manufactures its kitchens using only the best materials sourced in ethical and sustainable ways. It also uses water-based coating and low-emission panels for the lowest toxicity levels.

Snaidero, which has a presence in 84 countries, was recently introduced in Singapore by kitchen and wardrobe specialist JC Packer’s System, which supplies a selection of bespoke designer wardrobes and kitchens, including those from its in-house brand Hoffen.