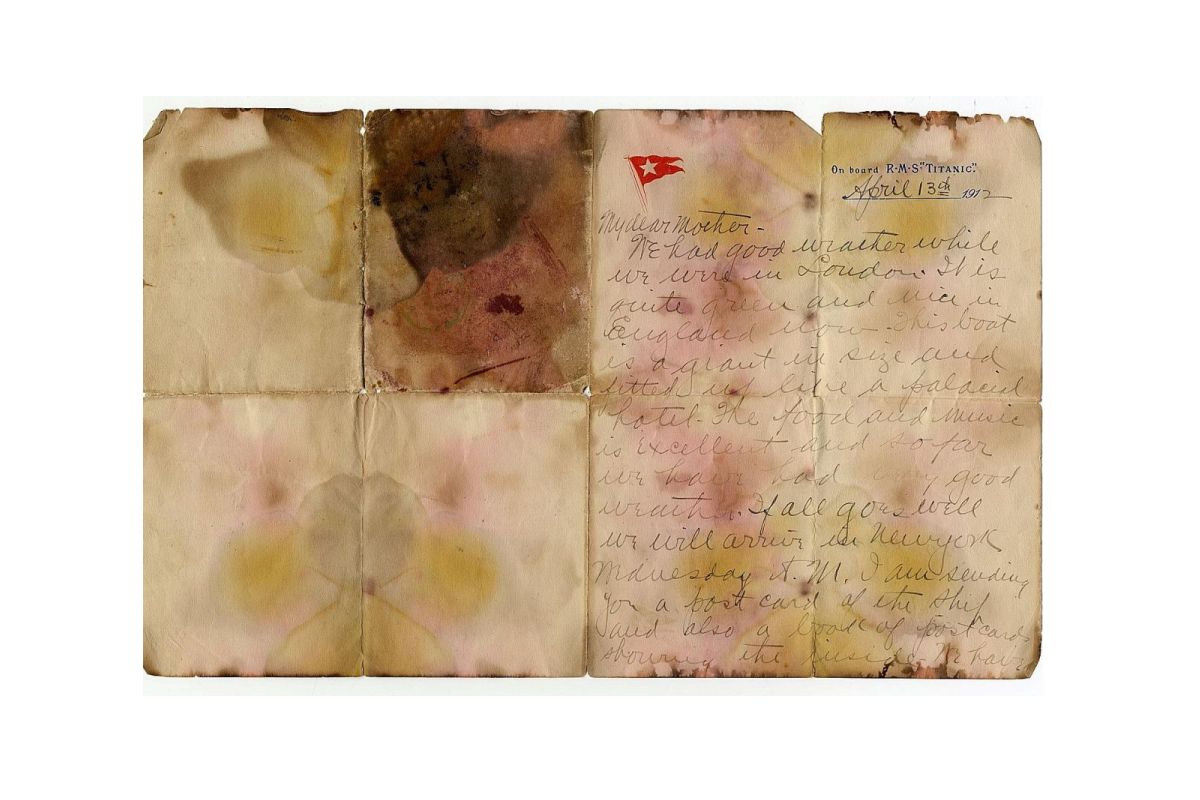 One of the last letters ever written on the RMS Titanic before its ill-fated end has fetched a record £126,000 at auction. The letter was written by first-class passenger Alexander Oskar Holverson, an American salesman, just one day before the Belfast-built ship struck an iceberg.

The three-page long handwritten note, dated 13 April 1912, remains the only known letter on a Titanic headed notepaper to have survived the Atlantic. The document was auctioned by Henry Aldridge & Son in England alongside other Titanic memorabilia, and exceeded pre-auction estimates of £80,000.

In the letter, Holverson writes to his mother about his expected arrival in New York on a Wednesday “if all goes well”. The poignant prediction was not to be, however, as Holverson and over 1,500 passengers and crew perished when the Titanic sank on 14 April 1912. Days later, Holverson’s sea-stained note was recovered from the Atlantic along with some of his personal belongings, including a pocket notebook.

The letter continues to describe the grandiosity of the ship, from its gigantic size to the way it resembles a palatial hotel. “The food and music is excellent,” it reads. Holverson also informs his mother about the “very good weather”, adding that the ship was due for New York in only two days.

The latest auction record has overtaken the 2014 record, when passenger Esther Hart’s letter fetched a monumental £119,000. Written on 14 April 1912, the letter survived in the pocket of a jacket Hart borrowed from her husband. Unlike Holverson, Hart survived the shipwreck with her daughter.