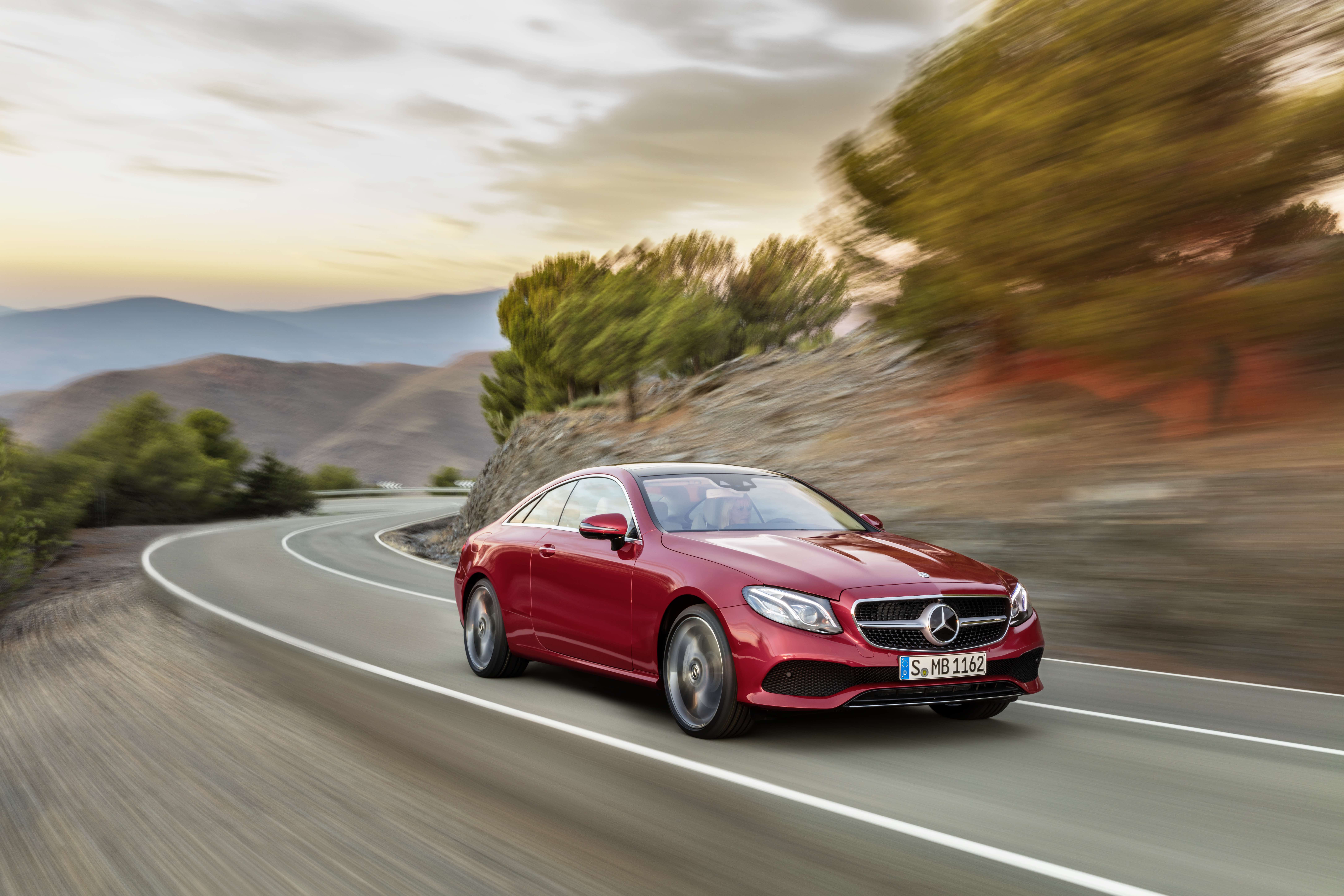 After disporting ourselves during the past 10 months aboard a succession of ever faster and more powerful automobiles, perhaps at this juncture we should turn down the boost just a tad. For here we are, already well into autumn, and it seems to me that Keats’ “season of mists and mellow fruitfulness” might not be the most appropriate time of year in which to be careening hither and thither across the landscape like a screeching, demented bat.

So, for this month’s ride, I was looking for something more relaxed, refined and elegant. Something that’s certainly not sluggish, yet is neither ridiculously rapid. Something with presence, but is by no means in your face. And something that contrives to be both subtle and eye-catching, that whispers wealth, ease and perhaps even a certain stolidity, while never vulgarly proclaiming its occupants’ good fortune too stridently.

That seemed like a tall order, until the kind people at Daimler asked whether I’d feel like spending a long weekend in the company of their Mercedes-Benz E 300 Coupe, and suddenly I had exactly what I was looking for. For Benz – and I’m not talking about its hyperactive AMG offshoot here, or the company’s stunning run of successes in Grand Prix racing in the past four years – was for decades as much a byword for rugged dependability as it was for a particularly Teutonic take on discreet but practical luxury (and, so the neighbours wouldn’t gossip overly, not too much of the latter either). And in several key aspects, this two-door version of Merc’s latest executive-segment saloon turned out to be as sensible a take on the concept of the posh coupe-cruiser as were its antecedents of half a century ago or more.

It may seem odd to talk about practicality when referring to a car that’s as inherently frivolous as a four-seat, two-door coupe, but the new-generation E Coupe scores massively in this respect when compared with its immediate predecessor. For although entry and egress for rear passengers are inevitably constrained by the glaring absence of a pair of apertures, unlike the earlier car, which was built on the platform of the smaller C-Class, the latest model shares its underpinnings with the highly rated (and considerably larger) E saloon. It thus offers so much more room that it can comfortably accommodate a quartet of full-size adults, who can now emerge after a lengthy stint on board without feeling as if they’d been imprisoned in a packing case for hours on end.

Another distinctive aspect of the E Coupe’s interior – and I’ve been raving about Mercedes cabins for some time now – is just how fabulous it is. Forget any notions of Germanic severity, for this is pure Hollywood glamour, from the twin 12.3-inch Widescreen Cockpit displays that take up much of the sweeping fascia, to the six exquisitely jewelled air vents that resemble jet-engine intakes, the door-mounted grilles of the 23-speaker Burmester sound system (which, like the hi-res infotainment screens, is an option box that most buyers are likely to tick), and the 64-shade, coloured ambient lighting. The seats, clad in leather on the test car, are as comfortable and supportive as anyone could reasonably wish for; along with the excellent driving position and the almost total absence of exterior noise in the superbly insulated cabin, they lend strong credibility to the Coupe’s ambitions of being a pukka grand tourer.

The E-Class Coupe may not be perfectly proportioned on the outside – there’s a little too much flab around the hips for that – but it’s undeniably one of the best-looking designs in the current Mercedes line-up, and especially so when optioned with the AMG body kit, which adds a front apron, side sills, a diffuser-like rear end and 19-inch, five-spoke alloys to its exterior. Indeed, my only real issue with the styling concerns the fixed rear quarter-lights, whose frames mar an otherwise unbroken expanse of glass -– or air, whenever the screens are lowered – at each side of the car. To be fair, this aesthetic shortcoming isn’t especially hard to live with, and in any case it can be somewhat camouflaged by specifying smoked windows at the rear.

Accoutred in AMG bling, the E is purposeful and even aggressive, which these days is how we expect our cars to appear, no matter how inoffensive they may be beneath the skin. So, while the reality is that this coupe isn’t quite the low-flying missile that its looks suggest, nor can it be called a slowcoach.

It wasn’t very long ago that a “3” at the beginning of a Mercedes model number generally denoted the existence of a 3-litre six beneath its bonnet, but today any such linkage is likely to be coincidental. Thus, the E 300 is powered by a relatively modest turbocharged 2-litre four, which here is good for more than 240bhp and a reasonably grunt-worthy 370Nm (and as the latter is available from a minuscule 1,300rpm, it’s hugely flexible too). If you’re the kind of driver who enjoys laying down rubber at traffic lights, this 1,685kg machine will canter from a standstill to 100km/h in a brisk 6.4 seconds and eventually – if you’re fortunate enough to have an autobahn at the end of your road – run out of steam at an electronically governed 250.

The engine is smooth and unobtrusive at motorway cruising speeds, though start-up and hard acceleration do induce a discernible four-pot dissonance. Much of that tends to be dialled out in normal use by the Merc’s silken nine-speed 9G-Tronic transmission, but as the motor’s noisier exertions do rather jar with the car’s svelte lines and ultra-urbane persona, you’ll probably find yourself resisting the temptation to switch the Dynamic Select controller to Sport, in which mode the power unit is likely to be at its most voluble. (And if you absolutely can’t live without a six-cylinder under the bonnet, there’s always the option of an E 400 Coupe to consider.)

Otherwise, the E-Class is as refined as its sleek silhouette portends. Its computerised, self-levelling air suspension flattens undulations admirably, and though the boulevardier orientation means it’s clearly not a sports car, both handling and grip are reassuringly predictable and can translate into surprisingly rapid progress. And though you may decide that its steering lacks the scalpel sharpness of a two-seat roadster’s, or that the helm could benefit from a little more feel, you’ll almost certainly be engaged by the way the Coupe can be hustled precisely through a sequence of corners, and by its unflappable air of composure.

And that, in a nutshell, is the key to the Mercedes-Benz E 300 Coupe’s appeal. It isn’t a car that screams for attention through daredevil speed and pyrotechnics. Instead, it charms more discreetly: lovely (almost) on the outside and alluring within, it offers grace, comfort, quiet and even an unusual degree of practicality to its privileged passengers. If that makes it sound a trifle old-fashioned, so be it – I, however, prefer to think of it as a modern classic.