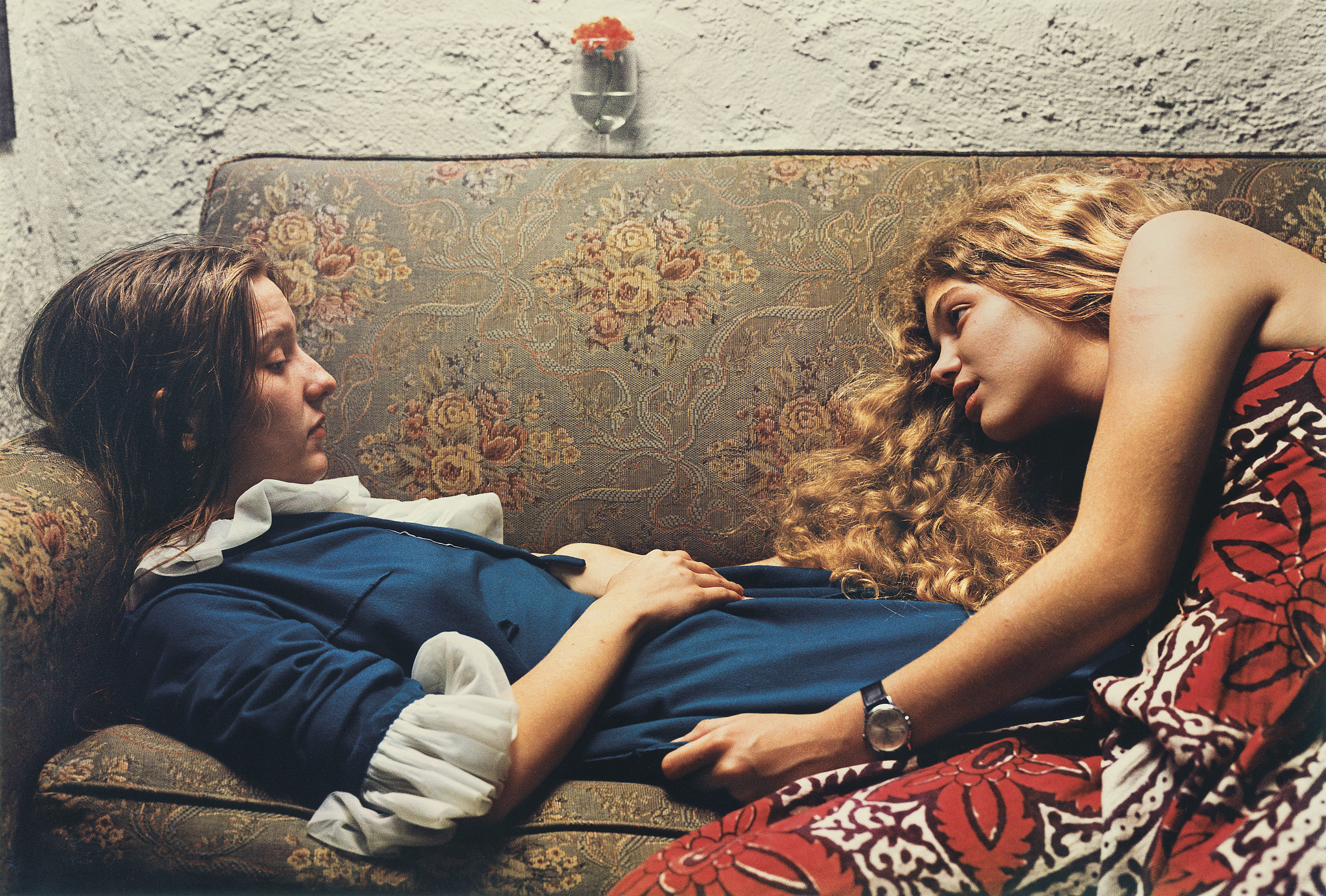 William Eggleston is oft credited as the photographer who pushed through the black-and-white barrier during an era in which colour photography wasn’t considered a legitimate art medium. At a time when cameras were locked and loaded with film, his achievements went beyond simple colour conversion and controlling saturation.

He had a predilection for photographing objects and situations mundane or inconsequential, and an ability to infuse them with interest yet not false importance, resulting in a portfolio that is significant for its insignificance: a highway road sign, some discarded object, a person caught in an everyday action.

These moments, often captured without the use of the viewfinder, combine to make up a portfolio that paints a poignant picture of suburban America – Eggleston’s first colour photograph, for example, an untitled work taken in Memphis in 1965, shows a young man outside a supermarket organising shopping carts.

This portrait forms the exhibition poster for William Eggleston: Los Alamos, a retrospective that opens at The Met Fifth Avenue this Valentine’s Day, and features 75 dye-transfer prints made from negatives created in the decade following that photo.

The collected images showcase scenes from the artist’s home region of the Mississippi Delta, alongside pictures taken on road trips around the US with pals Walter Hopps and Dennis Hopper.

It has been more than 40 years since MOMA put on a solo show of 75 Eggleston pieces in 1976, then labelled by The New York Times as “the most hated show of the year” and considered by Ansel Adams to possess “little substance”.

Here, we take a look at images collected from Eggleston’s career, from that inaugural colour image to pieces from his 2016 exhibition with David Zwirner, The Democratic Forest, which focused on images taken in the ’80s, following Los Alamos, and was Eggleston’s first exhibition with the gallery since it became his exclusive global representative.

For anyone who can’t make the show, a number of the artist’s monographs are available via the Books division at David Zwirner, which celebrates its 25th anniversary this year by opening a space in Hong Kong’s H Queen’s, having played with the idea over several years while appearing at Art Basel in Hong Kong.