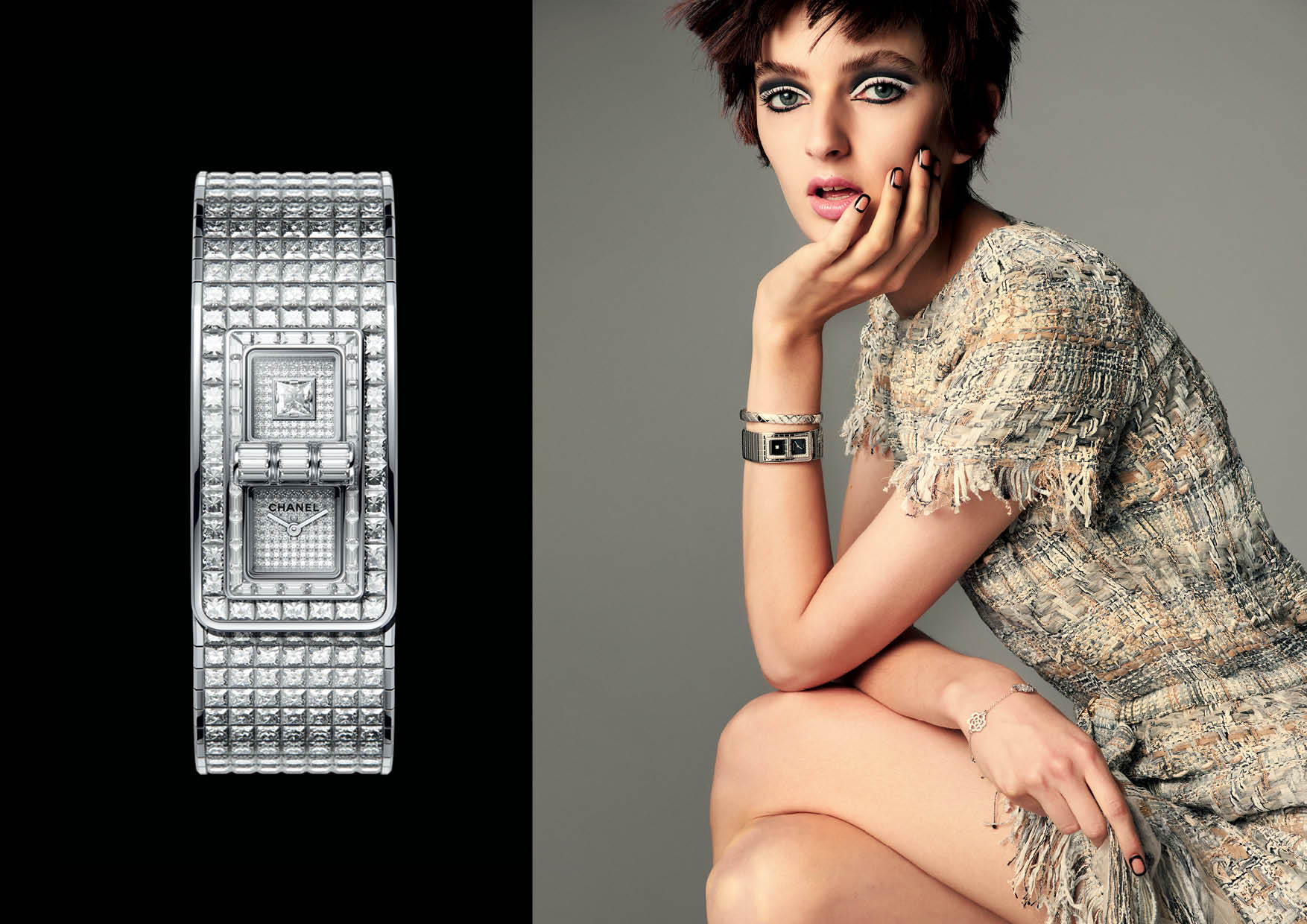 Style
Code Coco: The most Chanel watch ever designed
Share
Next article

Visionary, rebel, lover of diamonds, and creator of the iconic 2.55 handbag — Gabrielle Chanel continues to inspire and influence creations by her eponymous house even today. From jewellery to perfume, across all the different product categories carried by the fashion powerhouse, every Chanel creation features a facet linked to eponymous founder Gabrielle Chanel. At times, her mark is inconspicuously entwined in the fabric of a jacket or gently locked onto a fragrance note; on other occasions, it is boldly woven into a pattern on a handbag or embedded in a diamond-encrusted motif on a necklace. Recently, to mark its 30th year of watchmaking, the House encapsulated the effervescence of its eternal muse within its latest watch design: Code Coco.

However, to call it just a watch simply doesn’t do it justice. With its lustrous quilted bracelet, lacquered inky dial, unusual twist clasp and gleaming diamonds (plural, for some iterations), it is also a bejewelled accessory. Frédéric Grangié, Chanel’s president of watches & fine jewellery, calls it “the most ‘Chanel’ watch we have ever designed”.

All About Code Coco
Out of Code Coco’s three defining features, the first is the supple metal bracelet covered in the iconic matelassé (or quilted) pattern commonly found in Chanel’s leather goods — such as the 2.55 handbag. Devoid of a traditional clasp or buckle, the bracelet wraps itself around the wrist loosely like a cuff, exuding a style that is effortlessly cool, comfortable and quintessentially Chanel.

To keep this bracelet firmly fastened is a hidden security lock, over which sits the inimitable Mademoiselle Lock — again most pervasively found on its bestselling carriers. The swivelling and familiar oblong clasp elegantly draws the eye to two lacquered black dials: One showing the time; the other displaying a single 0.05-ct princess-cut diamond. There is a third variant that has dials paved with diamonds, with one dial showing the hour and minute hands; while the other displays a 0.86-ct princess-cut diamond.

Diamonds serve as the third tribute to Gabrielle. She loved diamonds because “they represent, with their density, the highest value for the smallest volume”. In the most discreet offering, it is found as a singular stone on the dial; another version is further set with 52 brilliant-cut diamonds along the bezel; the most scintillating version, offered only in five rare pieces, is adorned with a bracelet, clasp, bezel and dials festooned with 524 diamonds amounting to some 56.47cts.

Accompanied by a powerful black-and-white advertising campaign, the Code Coco watch is seen on Chanel muses, such as actress Anna Mouglalis and model Alice Dellal, as they lounge in Gabrielle’s Rue Cambon apartment in Paris. The campaign also features several influential women who work for Chanel, such as studio director Virginie Viard and fabric director Kim Young-Seong, who appear for the first time in the spotlight, as opposed to always being hidden behind the scenes.