All the bedazzling bling that rocked the Met Gala 2019 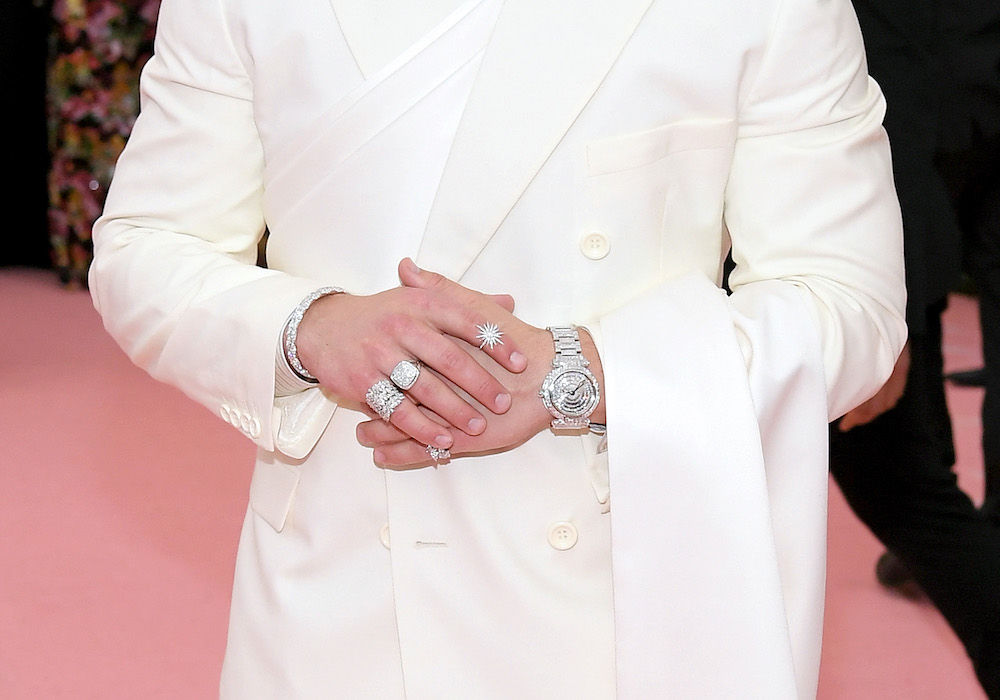 For the uninitiated, trying to keep up with all the looks from the Met Gala can indeed be daunting. Held annually on the first Monday in May, guests attending this year were encouraged to be as theatrical and colourful to pair with the theatrical “Camp: Notes on Fashion” theme.

Our favourite looks from the Met Gala 2019
Style

Of course, no extravagant ensemble could possibly be complete without some serious bling to match. From larger than life diamonds and blazing sapphires to ornamental headrests, here’s a peek of what this year’s glitterati circle decided to adorn during fashion’s biggest party:

There’s a lot of pressure when it’s your first year attending the Met, but we think Gal Gadot made it work. The Wonder Woman actress showed up in an angelic look complete with wings and a pearl-crystal headpiece, which she then paired with Tiffany & Co. platinum earrings.

Fiery supermodel Naomi Campbell was a vision of pink in a dramatic caped pink feathered gown by Valentino’s Pierpaolo Piccioli which she paired with lace leggings and Bvlgari jewellery.

Nobody does diamonds better than Jennifer Lopez. The actress-singer showed up dripping in head-to-toe sparkles which she topped off with various pieces from Harry Winston including a Purple Dragon Necklace worth a jaw-dropping 129.48 carats.

Seen here in Dior, Nick Jonas kept it minimalistic in a white suit which he paired with jewellery and a timepiece from Chopard, topped off with silver metallic shoes.

Dressed in a custom Salvatore Ferragamo snakeskin romper with matching knee-high boots, the sultry songstress enhanced her look with a necklace and bracelet from the Limelight Secrets & Lights collection; and rings from the Limelight Garden Party Ring, Piaget Treasures and Possession collection.