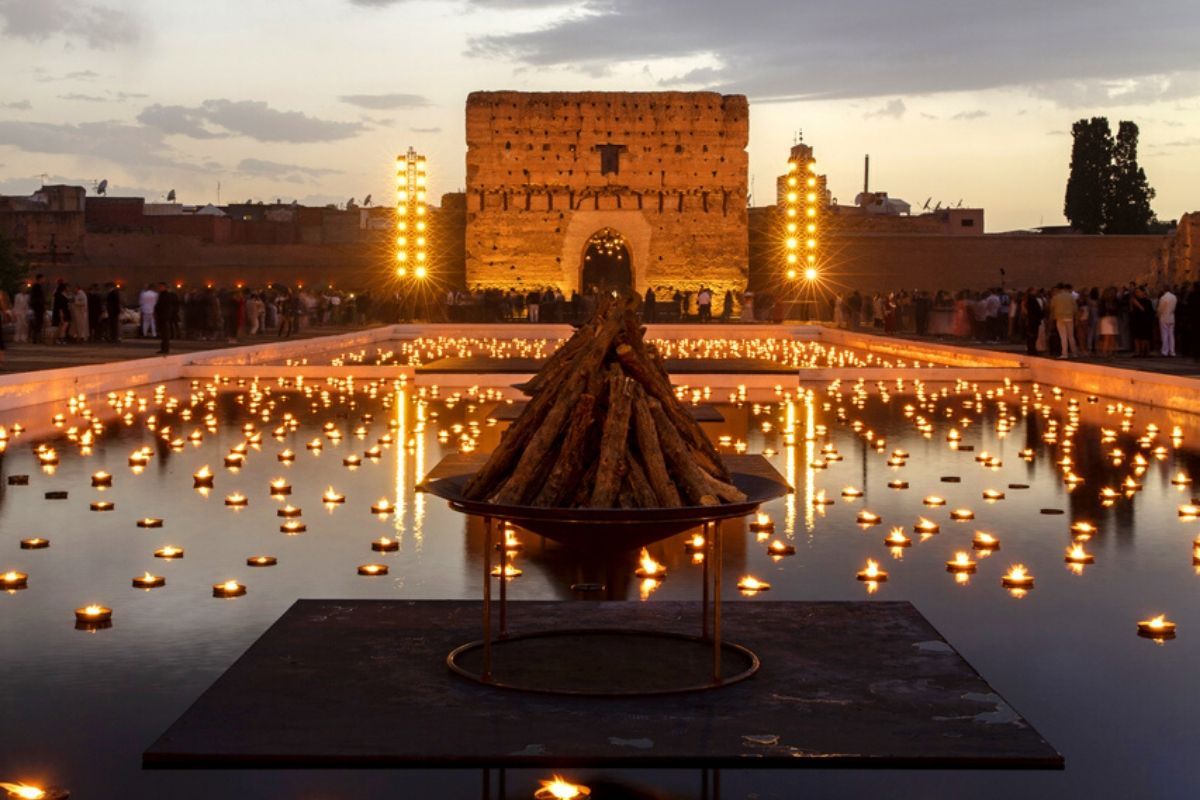 The big four fashion weeks are now broadcast instantaneously through Instagram, on websites such as nowfashion.com, or through live streaming, all of them irreversibly changing how fashion is seen. Runways in Paris, Milan, London and New York are starting to lose their exclusive mystique since the democratisation of access in the digital era.

Chanel’s resort show in Cuba in 2016 was the first such event of its kind since the communist revolution on the island state. The French fashion brand turned the old Havana boulevard Paseo del Prado into a runway, with floodlights to the centre as models sashayed down the closed-off thoroughfare. Among the VIP audience of more than 500 were members of the Castro family, supermodel Gisele Bündchen, and Hollywood A-listers Tilda Swinton and Vin Diesel. Tickets were hard to come by, but lucky local residents could view the spectacle from their balconies along the boulevard.
Tropical vibes came with Panama hats and berets – would Che Guevara have been at least titillated? A model sauntered, Cuban cigar in hand, as others donned pinstriped summer suiting, white crocheted-lace dresses, light organza and joyful sequined pastel cocktail outfits. Cuban music played, and for the event Chanel rented more 100 multicoloured old cars to escort guests. Karl Lagerfeld and dancing finale models closed the show – the whole event perhaps a joyous celebration that Cuba, its sorbet-hued architecture and ancient cars included, might be reconnecting with the global style set.

Against a stunning sunset, models filed out of an ancient guard tower onto the illuminated catwalk, strutting down the Great Wall while clad in Lagerfeld’s latest Fendi womenswear range. This collection was all about structured, chic gowns and outfits in black, white and bright red – the latter Chinese culture’s most auspicious colour. Thirteen years ago, this fashion show at China’s most famous historical site was a pioneering event in fashion and an early ode to the country’s luxury- obsessed economy.
Reports that the whole affair cost about US$10 million to produce would make it one of the most expensive, opulent shows ever staged. The extravaganza was not only a massive feat of technical precision, but also required lengthy negotiations with the government for permission to turn the ancient defensive wall into a runway for the day. Zhang Ziyi, Thandie Newton and Kate Bosworth were among the famous names who made it to the 500-guest event. Lagerfeld was ahead of his time and the show one of the most impressive of the last 20 years.

A jaw-dropping show for Christian Dior fans was held last year in Marrakech’s 16th-century El Badi palace, helmed by the brand’s creative director, Maria Grazia Chiuri. Under the blanket of night, models walked around the huge palace pools, which were decorated with floating burning lights. The Resort 2020 show featured classic Dior silhouettes, gorgeously refined dresses, lace, and tapestry- and carpet-inspired outfits in a gentle earthy palette of khakis, whites, black, sand, as well as intricate black-and-white prints.
Within the palace’s terracotta walls, Dior paid homage to the African continent through craft, fabrics and form, with the French luxury label commissioning and collaborating with a handful of artist and fabric- makers from the region for the show. The starlit evening was one to remember and culminated in a performance by singer Diana Ross.

French designer, Pierre Cardin, was inspired by the West-to-East journeys of Marco Polo when he took it upon himself to host a fashion show in China’s Dunhuang, an in important oasis city along the Silk Road in Gansu province. For his spring/summer 2008 collection, Cardin sent out an eye-watering 200 looks, ending with a model in a wedding gown riding down the desert “runway” on camelback.
The exotic locale inspired a collection that was characterised by three chapters: Venice, the Silk Road and Xanadu, the former capital of Kublai Khan. Cardin, who was already 85 years old at the time, wanted to envision the blend of Eastern and Western cultures and the dia- logue it created hundreds of years ago during Polo’s time.

Held in the summer of 2019 at one of Europe’s largest royal residences, the spring/summer 2020 presentation was a coup for the Florentine men’s luxury and fashion label. In terms of audience size versus the sheer scale of the venue, this has to beat them all. I was there in May 2019 as part of an intimate group of just 40 journalists, VIPs and opinion leaders gathered for the colourful presentation, which was followed by opulent cocktails and dinner in front of the Fountain of Diana and Acteon, its sensual statues lit up for the evening as backdrop. Founder Stefano Ricci and his sons Niccolo and Filippo again showed their passion for their native Italy.
The sprawling royal palace of the Reggia di Caserta is enormous – the largest palace on Earth in terms of volume, it’s designed in a spectacular multi-directional plan; now a Unesco World Heritage Site, it was a royal residence during the Kingdom of Two Sicilies. Models were waiting at the top of the Grand Staircase of Honour as guests made their way up; the latter were then escorted by horse-drawn carriages to cocktails on the park lawns. Sumptuous tailoring, an ocean of shades of blue with several bolts of bright summer hues – the line celebrated Stefano Ricci’s unapologetic masculinity.