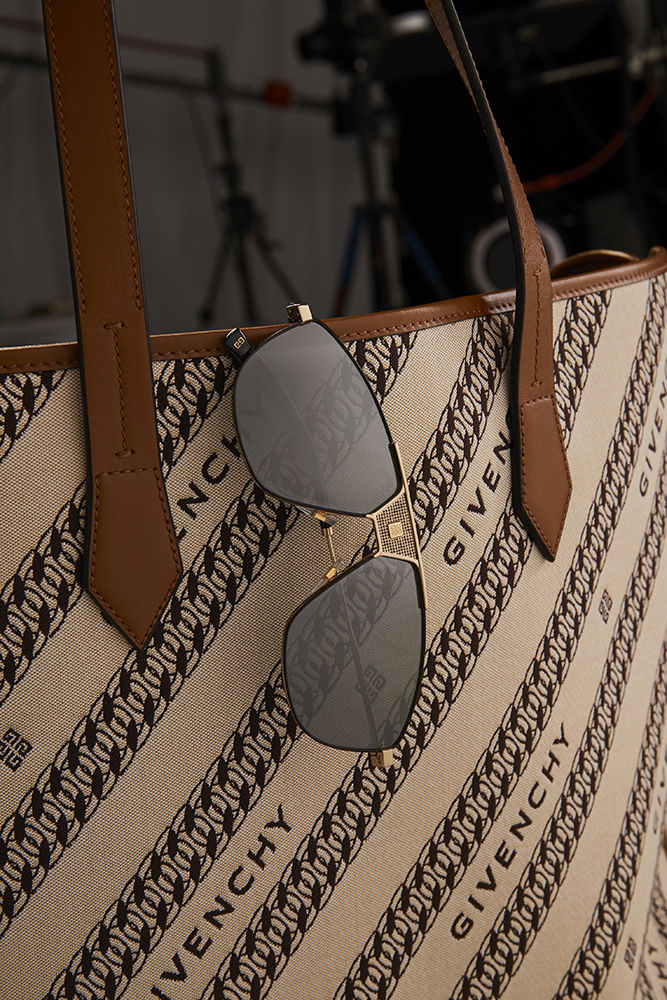 Givenchy introduces its latest eyewear collection, which comes in a mix of now-classic designs and new styles. Inspired by Artistic Director Clare Waight Keller’s silhouettes for 2020—before she announced the end of her journey with the Maison recently—these new models see references from architectural tailoring to the softer, more supple mood of the season, in order to create a compelling and eclectic mix.

The first one comes with the elegant allure of sleek frames in tortoiseshell or solid-coloured acetate that featuring the bestselling flat-top known as GV 3—named for Givenchy’s historic address on the Avenue George V in Paris. It is finished with a dedicated gold hinge with the interlocking 2G logo, as a nod to the GV3’s iconic clasp.

For a more out-of-the-box alternative to ordinary aviators, these sculptural new-gen models offer a new take on the wrap-around frame with a lightweight structure and soft lines. Titled GV Light, the single metal bar running from one temple across the brow to the other temple defines this sporty-futuristic style, with subtle Givenchy lettering at the temples.

There’s also the optical version of Givenchy’s daring yet elegant new-gen aviator called GV0126, which features metal frames that have been streamlined to their minimalist essence, with a single metal outline running around the lenses, and metallic temples stamped with the Maison’s lettering.

GV Mesh, on the other hand, embraces a sporty allure in one of the season’s strongest eyewear statements. This seventies-inflected and squared-off sunglasses features a wide mesh bridge embellished with the 4G logo and finished in fine metal temples.

Last but not least, and probably the most daring model of all, is a pair of sunglasses with references to the astral universe. Titled GV Eclipse, this sophisticated and curved mask sunglasses features a unique design with a strong nod to eclipse glasses while taking the mask style to new heights. For one, the lenses seem to free-float against the metal frames, recalling the shade thrown by the moon as it passes before the sun. The model is available in black with blue lenses, black/brown havana with grey/gold mirror lenses, gold/beige with pink lenses, gold/black with grey lenses.