The Most Vibrant and Pastel Looks at the Golden Globes 2020 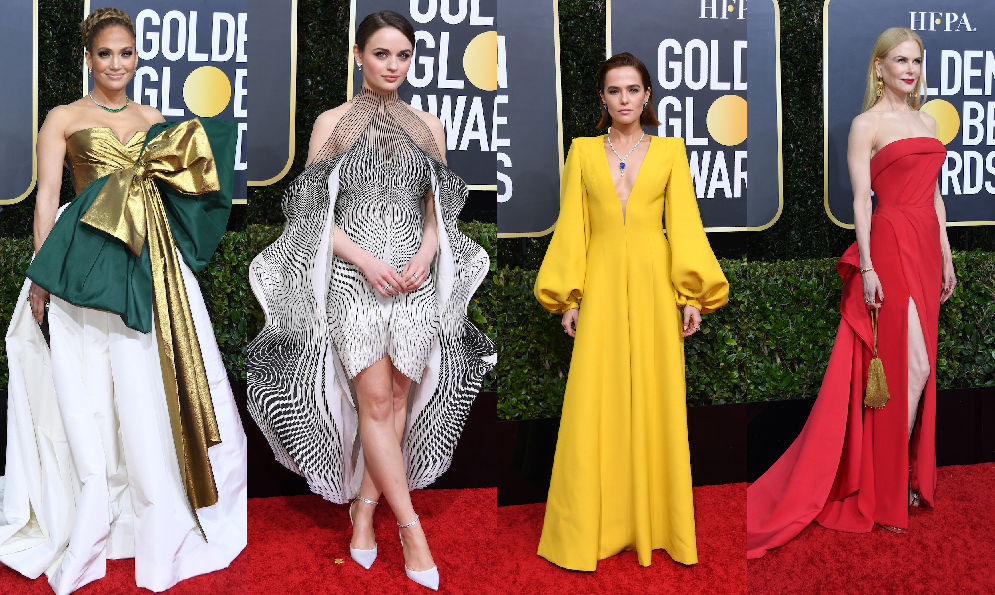 Two years after the #TIMESUP Golden Globes blackout, where stars in black made their stance against gender equality in Hollywood, colour has fully returned to the red carpet. While the message behind the movement still stands through rings emblazoned with messages in support of equal representation — joined this year, by a nod of acknowledgement to Australia’s bushfire crisis — fashion at the globes has largely returned to business as usual. That is to say, absolutely spectacular.

Marking the 77th Golden Globes, this year’s event — which took place in Beverly Hills — brought together a galaxy of film and television stars, who strode the red carpet in a sumptuous array of glamorous outfits. Once again this year, pastel and vibrant colours were the order of the day, as were long dresses, sequins, and transparent fabrics. Then there was a smattering of guests who adopted casual chic looks. From Nicole Kidman to Jennifer Lopez an Margot Robbie, here is a look back on the most beautiful outfits of the evening.