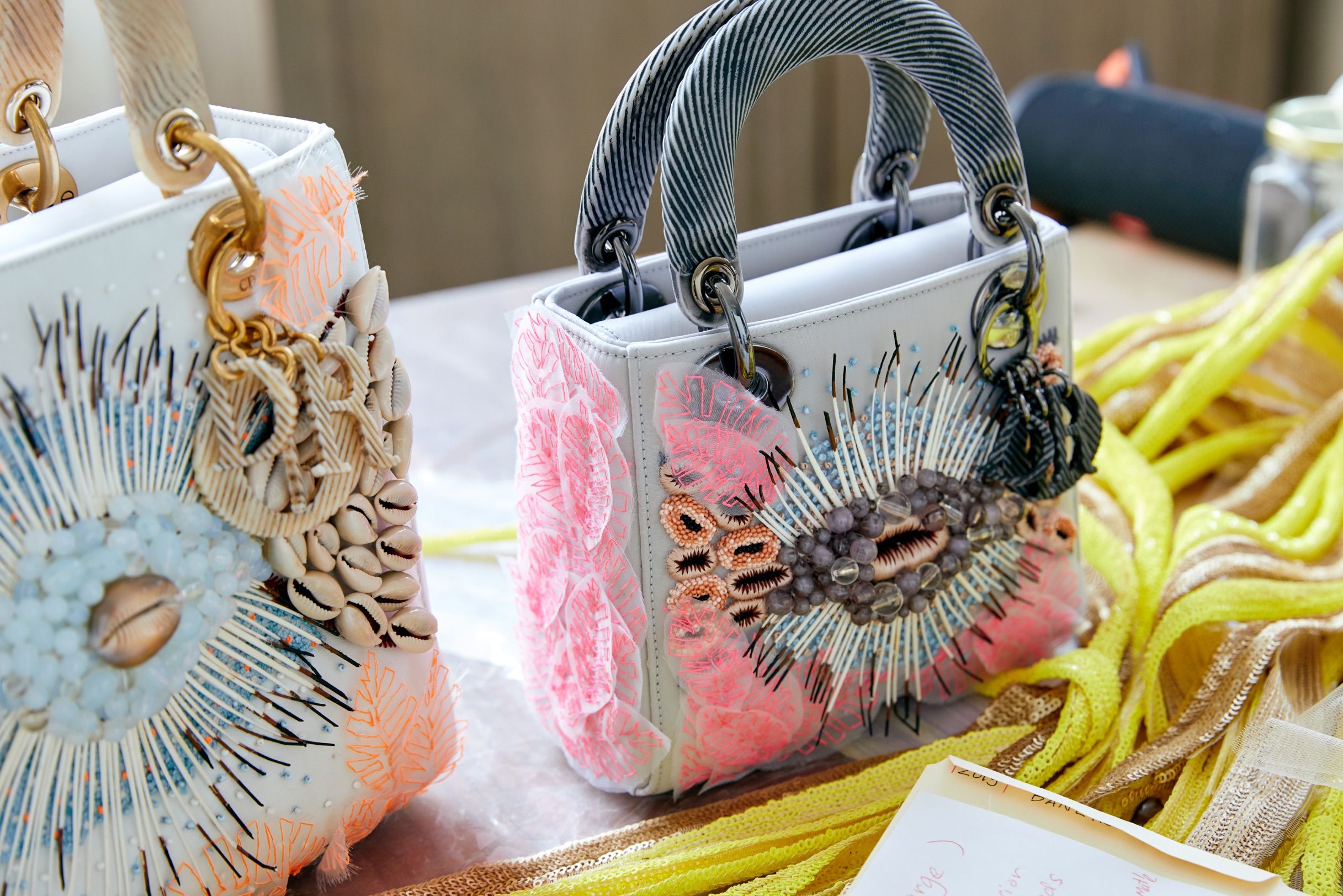 The Lady Dior is a classic. A true icon since its debut in 1995 — Cannage motif with rounded handles and all — was worn by Princess Diana on a number of occasions. Hence, its given name in honour of the late princess; fondly known as Lady D.

Still, style is a constant evolution of grace and Dior seeks to breath new art into the Lady Dior. The House is producing limited edition collections in collaboration with 11 talented artists worldwide.

Now in its fourth edition, Rina Banerjee from the US is one of the talents lending their hand to the bag we know and love. Banerjee is a sculptor who, with her creations, births a dialogue that connects human culture with nature. “I take inspiration from the universe and all that the stars speak of, forces of nature, bursts of dust that make life flourish — as well as the radiant and uncontrollable energies,” she shares.

With Banarjee’s Lady Dior, we see the use of organic and natural materials. Her design depicts, as Dior puts it: a “cabinet of curiosities” that reveals itself little by little, an inspection of couture to behold. Banerjee recalls her first memory of a bag and how it shaped her artistic influence on this project: “My mother slept with her bag by her pillow case in case she had to run out of her house in an emergency. She carried her identity card in it, keys to all her suitcases, trunks and her money, her bankbook.”

A gloss over Banarjee’s Lady Dior declares moonstones in a blueish hue, hand-painted feathers, seashells and embroidered foliage in vivid orange, topped with carved wood handles. Upon closer inspection of the moonstones and cowry shells reveals a collage of an eye, described by the artist as a symbol of seeing each other as value, like currency — “to be visible by use of money”.

“I was most interested in the protective eye, the all-seeing eye that illuminates, envisions, imagines, explores and searches — our sensory goddess of light.”

Shells too, conceal a deeper meaning to Banerjee, who relates the word ‘shell’ to the covering of the body that was once alive, now gone. “Like bead that float out of the sea, these shells journey away from water to reach our shores, the land, and in keeping them we treasure our own past in the sea from which we evolved.”

Branching out is an embroidery representing rivers flowing to a centre waterway, like an incarnation of a single shared entity. The whole design points to the rivers, “marked as gateways to commerce and the movement of people and objects.”

Banarjee candidly shares, “Today, mankind’s primary movements are still determined by traversing great bodies of water. The tears that collect at the edge of the eye press between wrinkled skin, an eyelid runs with water squeezed from the body to communicate an emotion. I am drawn to these two things, linking the body to the earth’s body.”