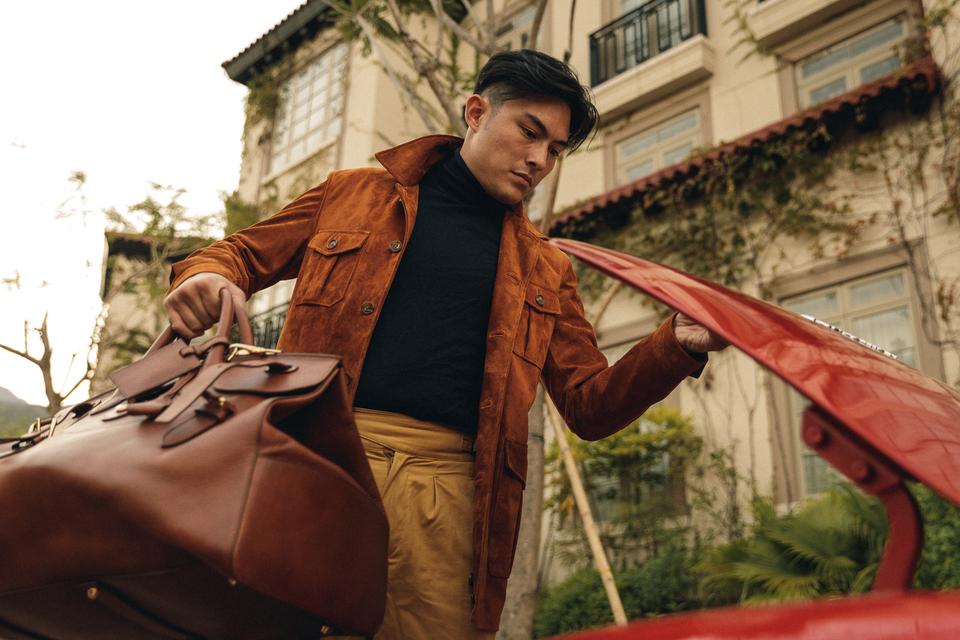 The New Breed of Tailors and Craftsmen in Hong Kong

Between fast-fashion chains and so-called “influencer” brands peddled to you at every opportunity on social media, the retail market is becoming increasingly saturated. For discerning gentlemen, the smart antidote to all this is to invest in tailored pieces which will stand the test of time. Fortunately, Hong Kong remains a bastion of high-quality tailoring, and the storied history of the “Red Gang” tailors who hailed from Shanghai is well known. Building on this storied legacy are several newcomers to the scene that both locals and visitors should definitely check out. Whether it’s a made-to-measure leather jacket or an unstructured sport jacket, these guys have the expertise and contemporary sensibility you’re no doubt looking for.

Formed by Jerry Tong (an alumnus of world-renowned shirtmaker Ascot Chang) and Chris Tang in 2016, this haberdashery on Shing Hing Street has already developed an international reputation for providing thoughtful semi-bespoke tailoring (working from existing blocks). Less well known, but no less impressive, are their in-house products developed under the moniker “Wear not Tear”. One such example is their contemporary take on the mandarin jacket, which is offered in a plethora of materials and colours. Prices for a semi-bespoke suit start at HK$9,200; sport jackets start at HK$7,800.

Having already made a name for himself amongst the sartorially inclined with his keen eye and perception, Andy Chong has, together with wunderkind Buzz Tang, only improved on his previous successes with The Anthology. Offering a discreet yet instantly recognisable silhouette, their house cut features soft, unpadded shoulders; a masculine, straight lapel; and a lowered gorge which flatters most frames. For those who are on the fence about committing to a full suit, their bespoke shirting program also comes highly recommended, especially the cotton/linen house fabric sourced from Xinjiang. Prices for bespoke shirts start at HK$880 (a minimum of three shirts is required for the first order); a bespoke suit starts at HK$10,180.

Il Negozio and Mori of Shoemakers

Despite being the newest addition on this list, Maslow So has years of experience in the shoemaking and tailoring industry. Initially spurred on by a personal fascination with bespoke offerings from Hong Kong, Japan and Italy, this passion culminated into his first solo project: Mori of Shoemakers, which are produced in conjunction with Masaru Okuyama. Aimed to bridge the gap between ready-to-wear options and the level of craftsmanship usually only available via bespoke commissions, the shapely waist of the black cap-toe oxford appears distinct even to the untrained eye. Be sure to visit the shop, as an early pattern for bespoke tailoring is also in the works. Il Negozio is by appointment only and prices for footwear start at HK$5,400.

There’s nothing better than a leather jacket that fits you perfectly. As cliché as that may be, being able to customise outerwear in any way you deem fit ensures that the material, fit and shade compliment you exactly the way you desire. Tobe Fong and TC Ng of Craftsman Clothing have managed to tackle a niche in the market for made-to-measure outerwear, offering several models based on classic shapes. Their most popular piece at the moment is the rakish belted safari jacket, which can be spotted on the likes of David Gandy. Prices for made-to-measure outwear start at approximately HK$5,500 for cotton, and approximately HK$9,250 for leather.

Enquiries or appointments for fittings can be made via ​craftsmanclothing.com.

Beauty & Wellness
Sign up to get the latest luxury and lifestyle news delivered to your inbox.
Fashion menswear Style tailoring TAILOR
Alexander Esmail