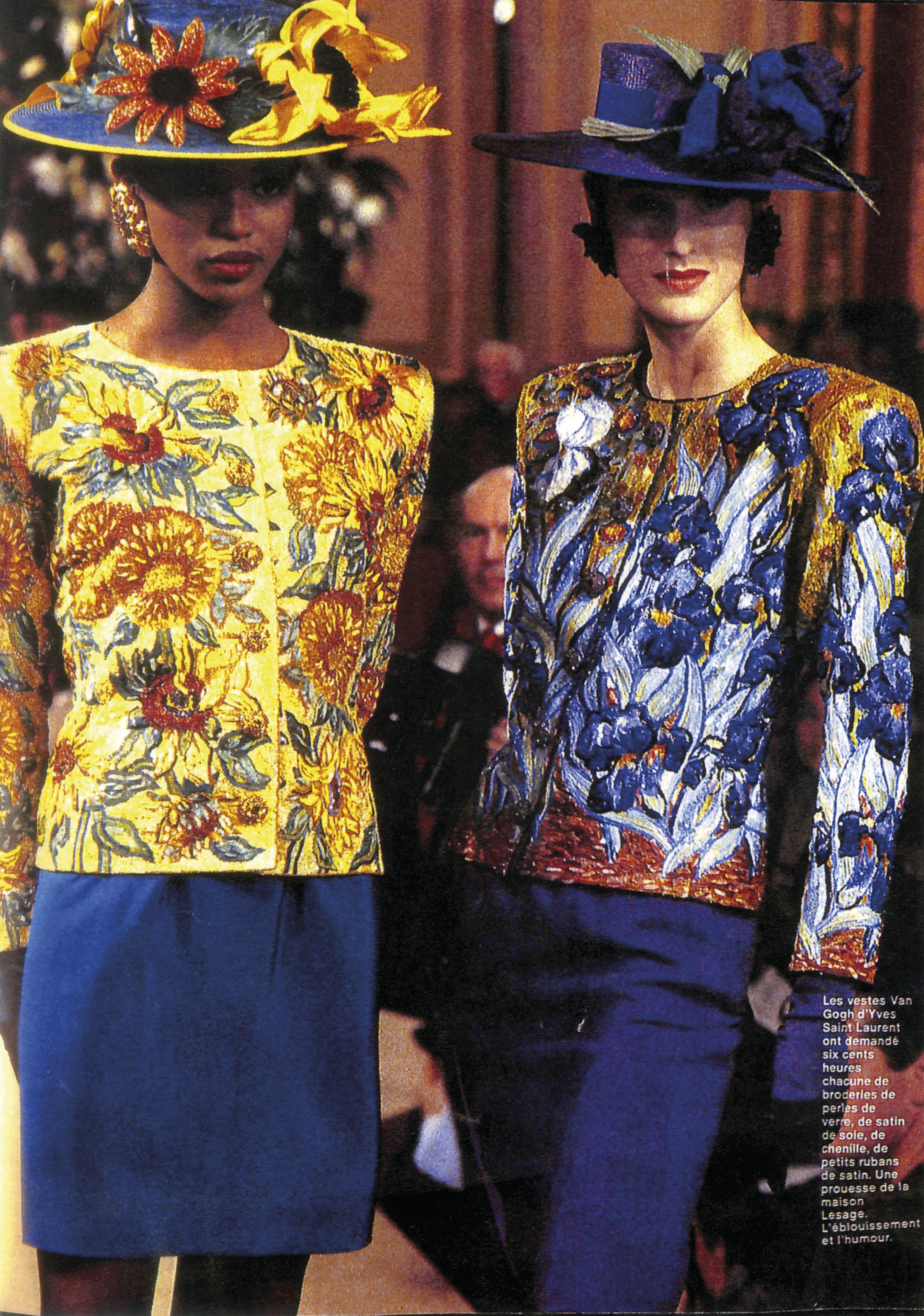 A gorgeously embroidered Yves Saint Laurent jacket, which was inspired by Vincent van Gogh’s “Sunflowers”, was sold at a Christie’s auction in Paris yesterday for 382,000 euros (S$574,000) — a new record for a garment from the celebrated French designer.