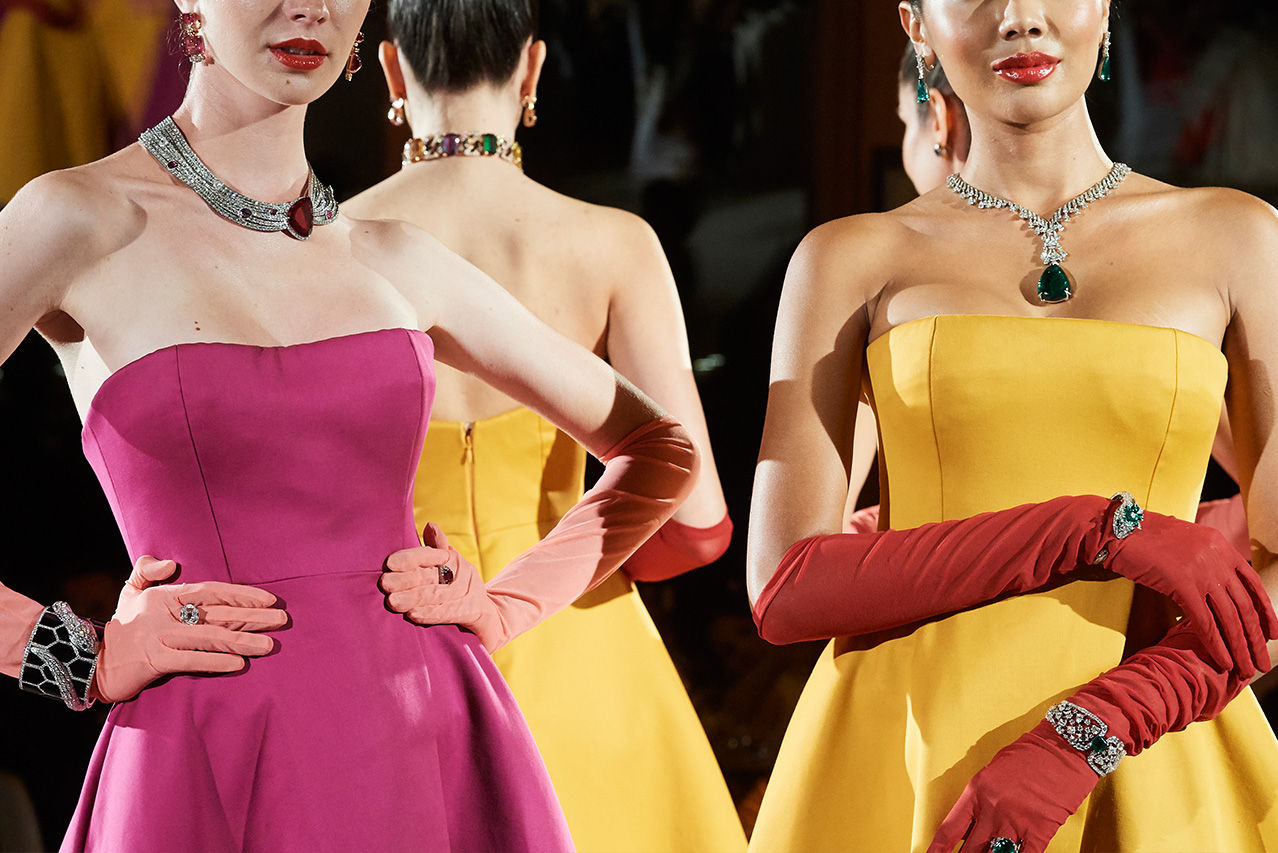 Bvlgari unveils their latest High Jewellery Collection, Cinemagia, during the Region’s High Jewellery Event in late July held in Thimphu, the capital city of Bhutan. The High Jewellery collection made its entrance with a wondrous model show against the backdrop of the venue’s highlands and sacred monasteries.

The Cinemagia collection is Bvlgari’s latest high jewellery collection that celebrates the Italian Maison’s passionate relationship with the silver screen. Over the years, Bvlgari’s sublime collections have made an appearance in over 40 films. Some of Bvlgari’s jewellery were linked to some of the most iconic moments in film, such as with the likes of Ingrid Bergman in The Visit to Sharon Stone in Casino to name a few.

One of the collection’s iconic key piece is the the Action! Necklace. Its design celebrates the groundbreaking invention of celluloid in 1885, and made from an entirely new metal in high jewellery design that is zirconium. Other highlights include its Forever Emeralds necklace The Diamond Sail necklace, and the Pirates Treasure necklace.

To exemplify the charm of Cinemagia creations and gemstones, the secluded kingdom in the middle of the Himalaya was chosen as its launch venue for being the “happiest nation” in the world. Bhutan is also widely known for birthing the “Gross National Happiness” concept back in the 1970s.

The event was attended by Bvlgari spokesperson Lucia Silvestri, Giampaolo Della Corce, Andrea Granalli, and Mauro Di Roberto. Guests were treated with cocktails and a traditional Bhutanese performance, also a sparkling dinner under the glasshouse overlooking the city of Thimphu which follows a dance party until the afterhours—as well as the unveiling of the Cinemagia collection—in a spectacular evening.