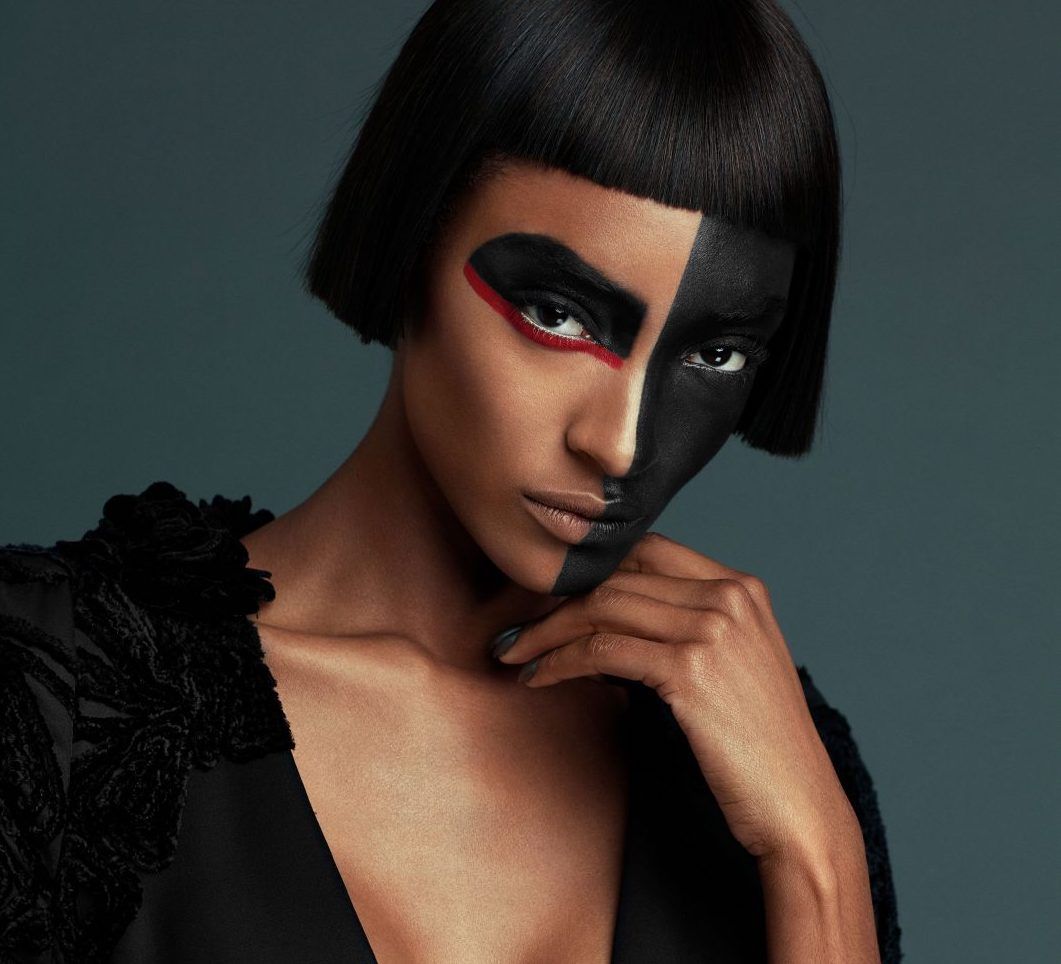 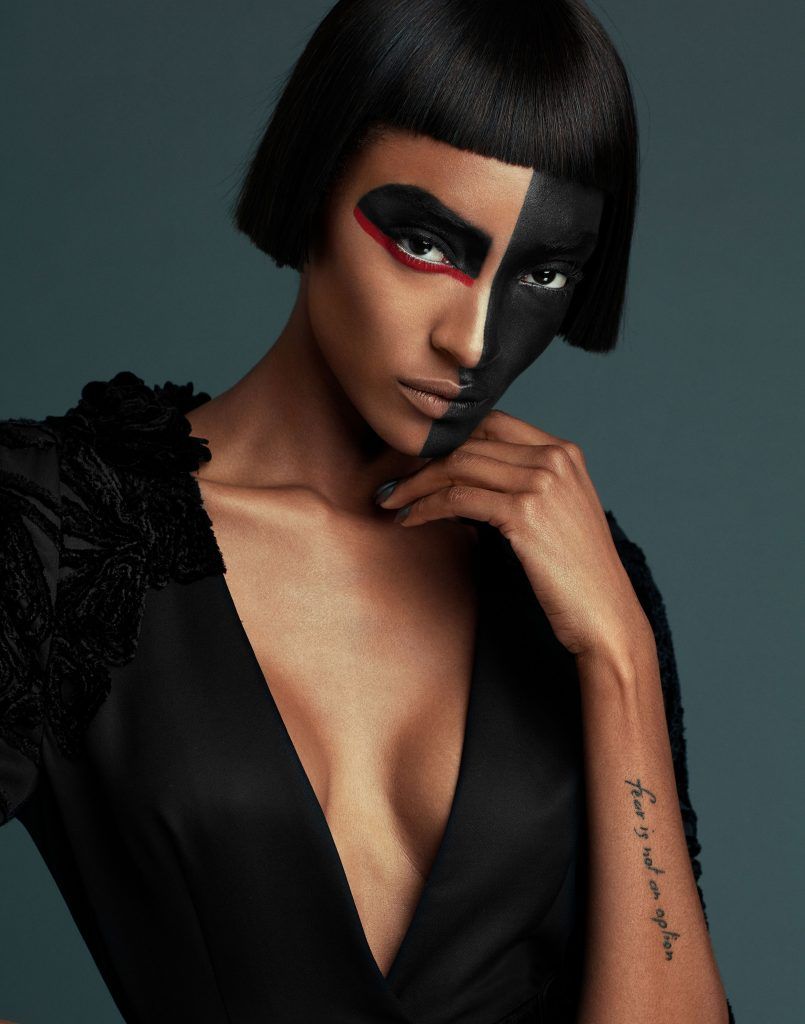 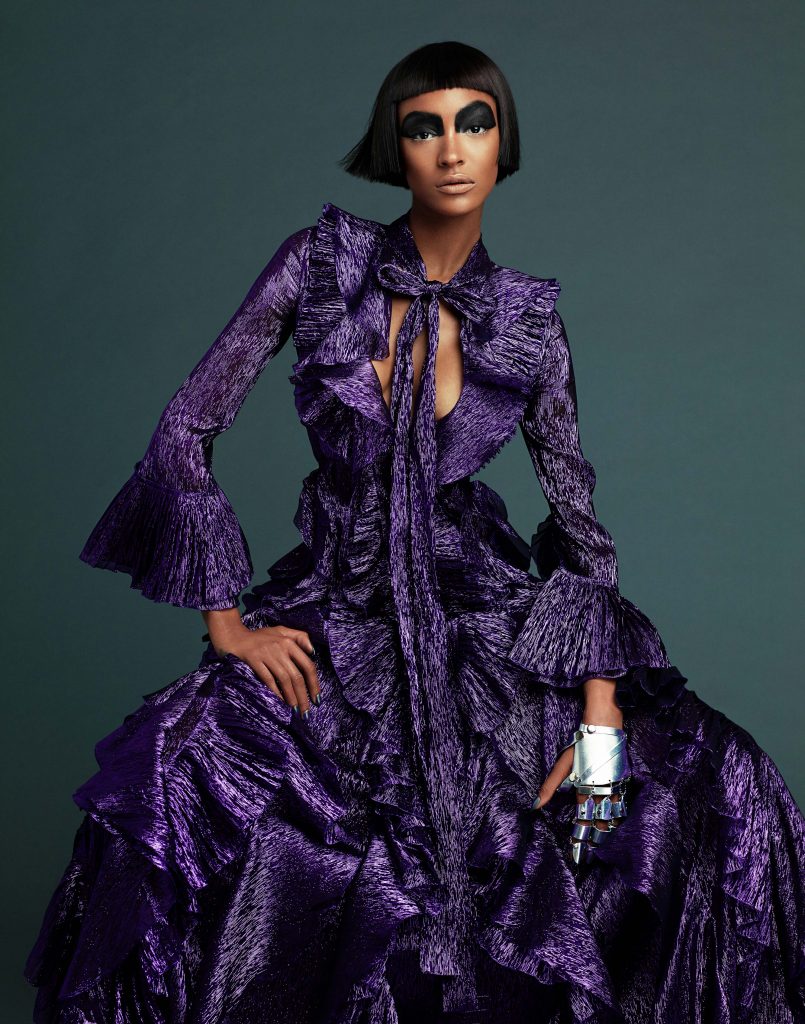 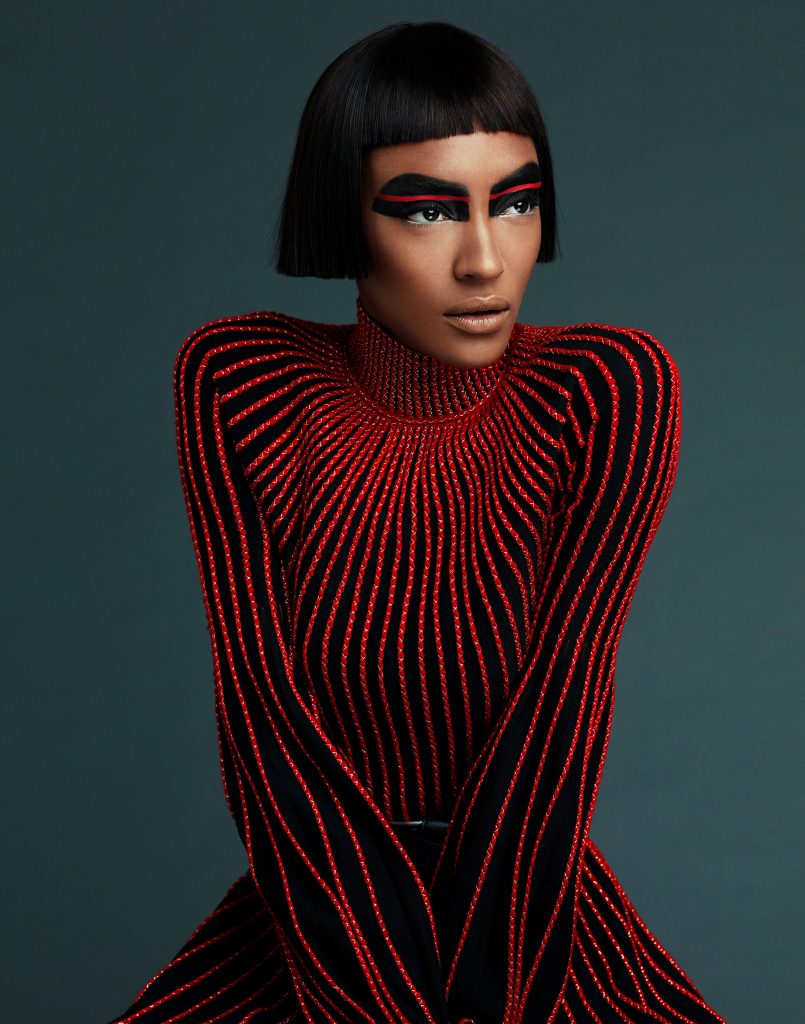 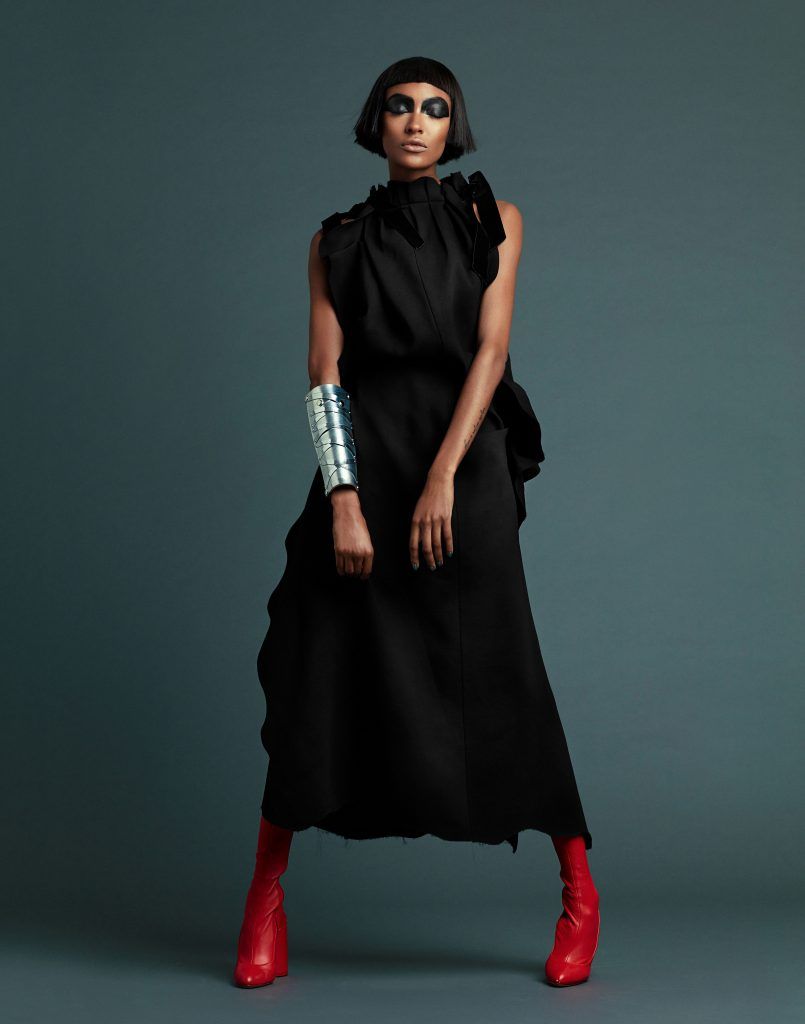 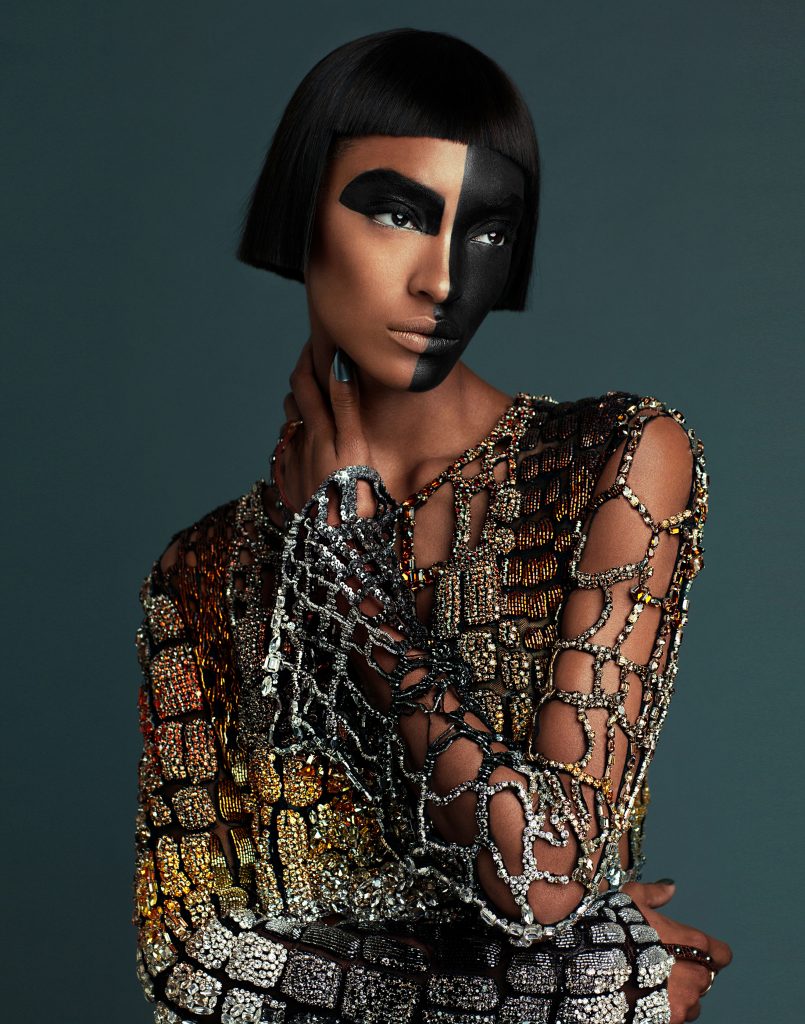 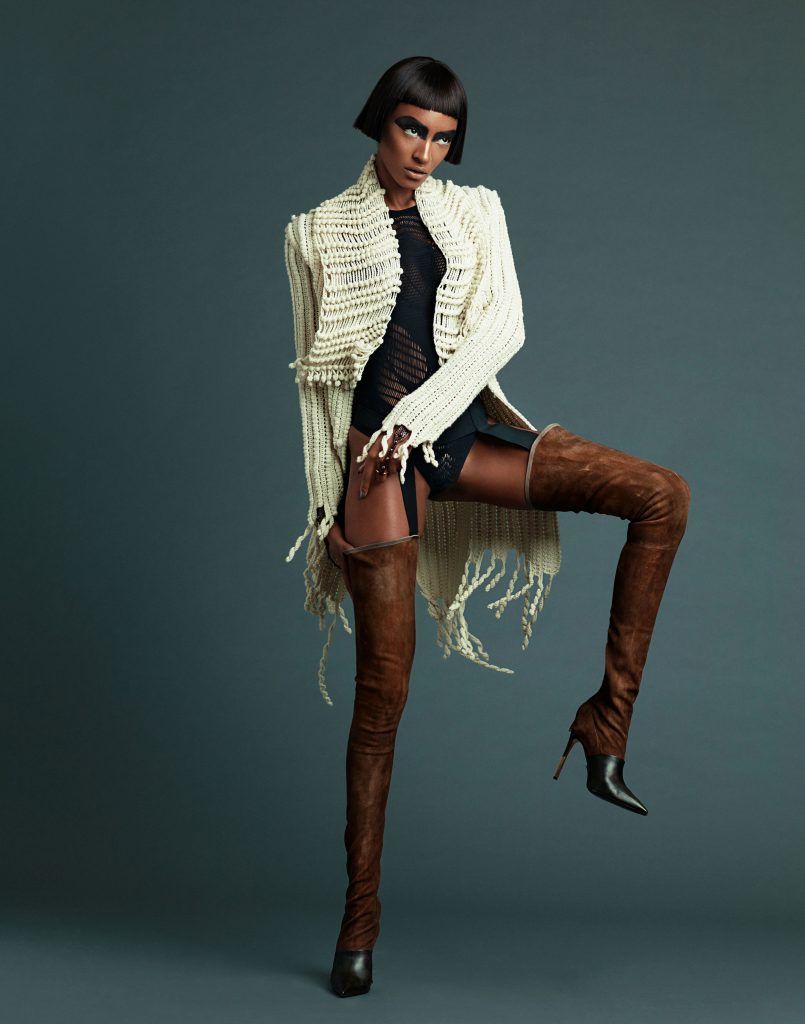 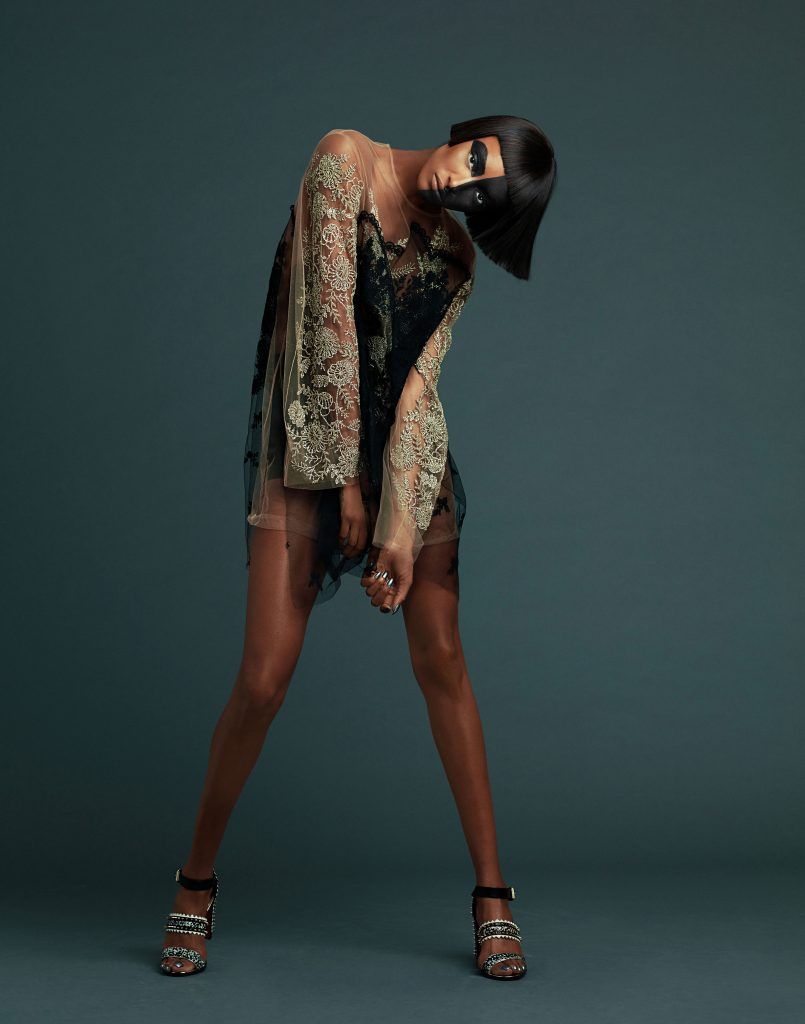 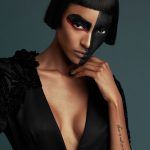 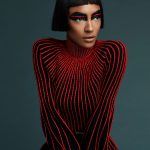 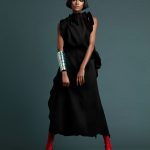 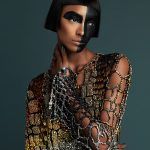 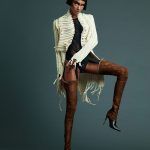 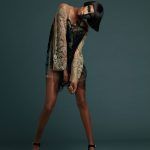 “I probably shouldn’t have said that,” is one of the juiciest phrases you can hear your cover personality say mid-interview, but that’s exactly what happens when I speak to British-born model Jourdan Dunn between shows at New York Fashion Week in September. We’re lamenting the death of the supermodel before Dunn, who chooses her words carefully until she gets just too heated to hold back, realises she may have made a misstep. She hasn’t, of course, she’s simply being herself; a London lass with an arresting look – one that has catapulted her to international fashion stardom – that’s matched only by her powerful personality: deadpan funny, unapologetically opinionated and totally clued up on where her priorities lie.

Dunn is a favourite with global luxury labels, having fronted campaigns for the likes of Balmain, Burberry and beauty behemoth Maybelline. She’d been signed to veteran London agency Storm Model Management at the tender age of 16, after being spotted while shopping in a Hammersmith store. Her modelling crown was permanently set in 2015 when she was named International Model of the Year, having first snagged the industry’s top prize back in 2008.

Ask Dunn if it’s career-high moments like this that drive her to do more and she shoots back with absolute clarity: no, it’s her seven year-old son, Riley, that motivates her success – even if she does feel “grateful and blessed” that magazines and brands are still calling after a decade on the circuit.

Here’s a model and mother who’s hungry for opportunity, but draws the line at sacrificing time with her family to get it, all the while challenging how different ethnicities are represented in fashion and remaining (vocally) incredulous that women are still fighting for equal treatment. Jourdan Dunn is on a mission.

Behind the glitz and glamour of the fashion industry the reality is quite different. So what does being a model really mean?

Obviously people only see the edited part, the pictures and the runway. But just like anything else, behind the scenes it really is a different story. You know, there’s a lot of politics going on … for me, I’m really happy that I’m a model in this day and age, because it’s completely different from how it was 20 years ago when there wasn’t the power of social media. Now we can use social media to our advantage we get to control our own images, we get to voice our opinions and we get to show the world who we are and what we stand for.

It’s a challenge though, with social media putting every unguarded comment out there for people to judge, especially if you’re in the public eye.

It is quite frustrating. Yes, I know I’m in the public eye, but also I’m just like everybody else: human. I’m far from perfect … I’ve said things on social media that people probably haven’t agreed with, but I don’t regret any of it because that’s how I felt at the time.

When I first had social media I honestly didn’t think about people following me, so I remember when I had Christopher Bailey come up to me and say, “Oh my God, your tweets are so funny!” I thought, “Oh shit, people are actually paying attention to me and what I’m saying.” I don’t know … I’m in a weird place with social media at the moment.

Well now it’s strictly business, but before it was something for me to have to put my own images up … Now it’s gotten so political, it’s part of the job. It’s kind of turned into a bit of a chore, to keep up with posting, because clients now are looking at how many followers you have. I have to remind myself it’s part of my brand and my business and it’s not just for me to put pictures up and talk random stuff any more, and I’m coming to terms with that.

It’s a personal thing, but then the control is being taken away from you to a degree. Do you still manage your own sites at the moment?

Do you ever feel censored in terms of what you can and can’t say when it comes to big issues – gender or cultural things?

I feel like when it comes to those kinds of topics, I have to be mindful, because I know it can be taken out of context. You have, like, the Daily Mail that will take something that you’ve said and then twist it and flip it and make it such a big thing. So when it comes to things like that … not that I stay away from it, but when I used to be really active on Twitter I never used to think before I tweeted. Now I have to really be conscious of what I say, because I don’t want to offend anybody or I don’t want it taken out of context.

You’ve been vocal in the past about issues like race and diversity in the industry. Do you think you have a duty to speak about these sorts of challenges?

I don’t see it as a duty, I see it as this actually being my life and I see it happening so I’m just going to express that and let people know. I think also with social media now you can’t hide away from all of that. Everything that’s happening now that people are aware of, this has been happening for years but nobody has been speaking up, or we didn’t have social media to highlight the issue. So I don’t think it’s my duty – I can only let it be known and tell my story, but it’s the people who actually have the power to change it – it’s their duty to do that.

Has the business changed since you started a decade ago?

It’s changed immensely, actually. In a sense I kind of feel like now anyone can be a model. I don’t feel like it’s exclusive anymore. I probably shouldn’t have said that! I just don’t get a feeling of supermodels any more. Like when I see Iman or Naomi Campbell, they give a feeling of being untouchable, like these women are on a whole different planet, but now – anyone can be a model.

I guess social media again plays a big role in that – endless self-promotion.

Yes. Which in a way is quite amazing for them. We’re in a totally different time – this is the social-media era – so kudos to the girls that are doing it that way. It’s just a really big difference.

You were scouted when you were essentially still a child. Do you think you were ready to be involved in the industry at 16?

I’m very lucky that I had a great support system. Up until I was 18 my mum was travelling with me. But I do feel I did miss a bit of my childhood, because I couldn’t do what normal 16/17-year-olds do; I was in Paris or Milan walking in a show or doing a shoot. And at that time, at that moment, I honestly couldn’t appreciate all the great things that were happening. I now can see that it was a great opportunity for me to have at that age. I wouldn’t change it but I’d probably suggest others wait until 18 or something. It’s a lot to deal with when you’re 16 and you’re basically just getting judged on your looks and at that age you have your own insecurities and it can really, really mess up a young girl’s head.

Did those judgments affect you?

Oh yeah, 100 percent. I wasn’t comfortable or confident with how I looked. I was battling my own insecurities and when that’s highlighted to the world – that’s really hard to deal with.

The fashion industry has long been criticised for its lack of diversity in casting. Is that something you can relate to?

I can talk about the fact that one of things that really helped put me where I am today was that I was a part of the Vogue Italia’s “All Black” issue, then [being] the first black woman to walk in Prada in 10 years. And that’s amazing, but then actually it’s really sad and a little bit disgusting, to be honest with you. Yes, I’m a black woman but I’m tired that it’s still such a big thing. It should be the norm. It shouldn’t have to be such a thing; it’s so frustrating to me.

It should be an old conversation but we’re still talking about it.

Yeah, it should be an old conversation, but I mean it’s something that is still really happening. And with a view to what’s going on in the world and in America, with everything like that…

Are you feeling that in America now?

Yeah. It’s a bit intense. Even in the UK with Brexit and everything, it’s very intense. For everybody.

Your son Riley turns eight in a few months. How’s it been working while he’s been young?

I’m not going to lie: it can be really difficult. When I first started to go back to work after I had him, I just felt so guilty leaving, but then I had to remind myself that I was doing that for him. Before, I didn’t really see it as a career, I didn’t take it that seriously, then once I had my son it was like, OK, shit got real, and he made me want to do better; that just gave me even more determination and motivation.

I’m just very lucky and blessed that I have a mum who was willing to stop working and be a full-time nanny to my son and help me and support me in that way. And also I told my agents that before anything, Riley comes first – so they get it. So it’s just now that I’m in a position where I have the freedom to pick and choose what I do and I can block out time to spend with Riley.

Across any industry, do you think there’s a judgment on working mums?

Those kinds of questions really frustrate me because I don’t feel like men ever, ever get asked that question. I have never seen a man be asked, “So how do you juggle being a businessman and a father to your kids?” That has never, ever, ever, ever happened. But when it comes to women it’s like, “Oh so how do you juggle this?” – and it’s like, what do you mean? I can only talk from my experience, and everyone is different. It’s hard but you just have to get on with it and make it work.