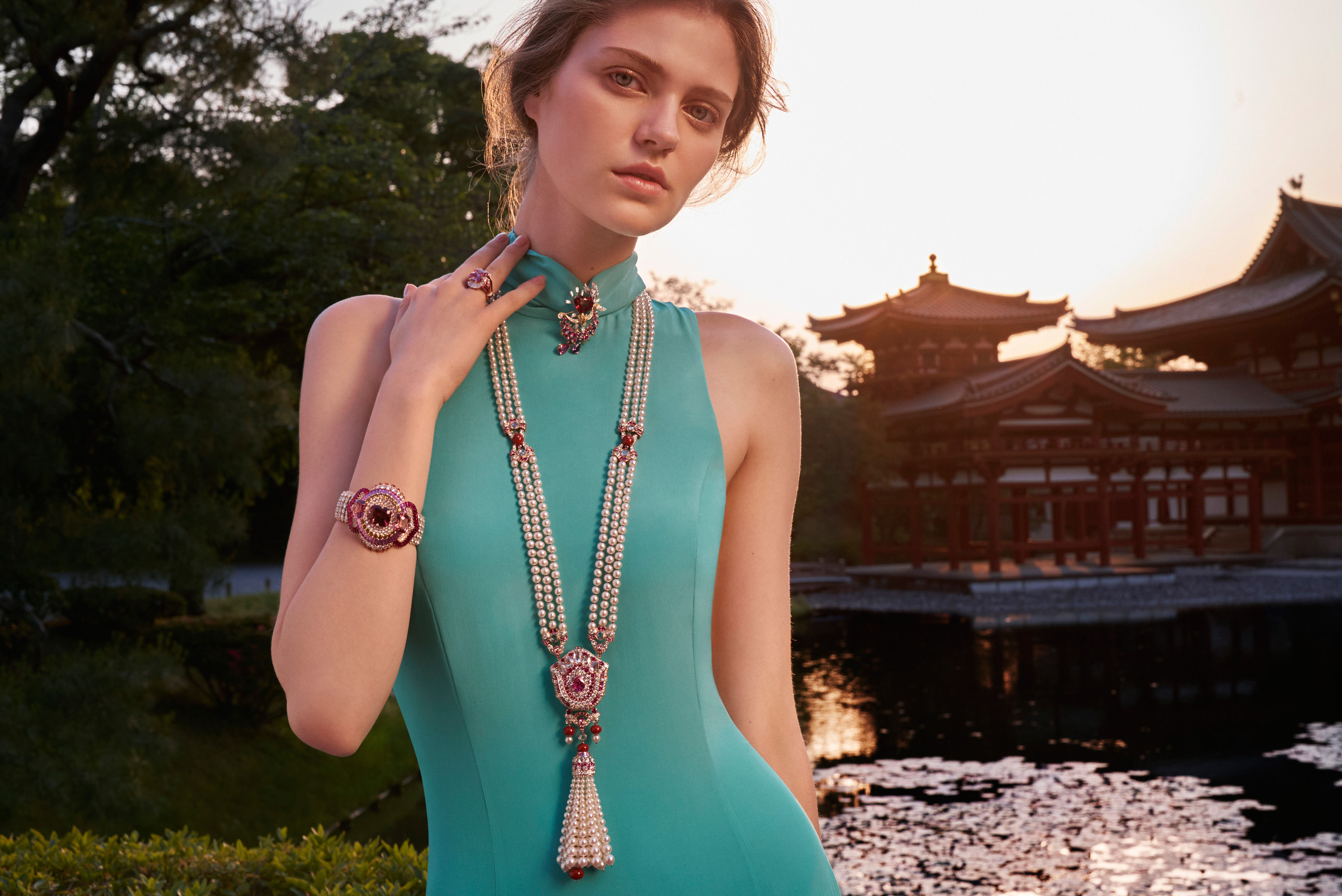 You took up the President and CEO role of the maison in 2013 and you’re also very involved in the creative process. How would you describe your role at Van Cleef & Arpels? Were there any challenges?

Well there are always challenges, but it’s a part of life. It’s quite a comprehensive role. I’ve been with the house for a few years now and I’ve been lucky to work closely with all of the departments through a lot of different activities and roles. It’s true, that I’ve managed, so far, to keep some creative input and closeness to the design studio and workshop. At the same time, I’ve also worked on a more commercial and corporate aspect, so sometimes it’s a lot. Also, a house like Van Cleef & Arpels, it’s what we sometimes call a creative industry or a luxury house with fashion and accessories. I believe you’re only successful commercially, or in the long-term on a corporate level, if you’re good at creation. People need jewellery, but they can live without it, so it’s only if your creation is relevant, exciting and attractive, that you’re going to be able to manage, keep or develop the business.

What are some of Van Cleef’ & Arpels’ key values? How does the maison’s past affect the way you create today’s collections?

To start with, I think that the patrimony of the past, the heritage, is absolutely fundamental. Everything that we do has to be rooted, and is rooted, in the story. It’s really about continuity. It’s about a story where we just try to write new chapters but never to break from the past, so it’s a constant inspiration. The risk sometimes is if you spend too much time looking at the past and lose the relevance to the present, so it’s always a dialogue between both: being consistent with the whole patrimony and at the same time, trying to renew a big interpretation.

What is the story behind the new Le Secret collection?

It’s a collection where the starting point is the value of secrets, where each and every piece in the collection is a secret or has a secret. It’s like a game, in a way. There is a discovery throughout the collection where once you see one or two pieces, you will try to figure out what the secret and where the message is in the next, so there is that element of playfulness. The collection is also a tribute to the workshop because it’s very technical in the sense that you have a lot of mechanism, you have a lot of multiple functions and a lot of very technical components to the piece. It’s probably one of the most demanding collections that we’ve done in the last few years in terms of craftsmanship, especially to create movement in a lot of the pieces.

It’s quite specific. The watches are really an expression of the identity of Van Cleef & Arpels I was referring to, so that means that by nature, they are more feminine and very often jewelled. We consider the watch (and we have done for a very long time) as being a kind of jewellery. The watch has another function, of course; there is a specificity that is the time, and there is an opportunity with the mechanism. We try to sometimes use the mechanism to tell the stories, with an animation that we tell with our collections very often with still life.

What do you think people associate Van Cleef & Arpels pieces with? What sets the maison apart from other high jewellers and watchmakers?

I think and I hope, a lot of positive things. When people know the house, they usually consider it as a kind of reference in the world of jewellery. Usually the words that come very often are about craftsmanship, stones, imagination and inspiration. Poetic is something that we hear very often. I think it’s a house with a singular identity, and I think, you know, all the major houses or brands, they have their own identity, which is always linked to their history, their patrimony and their source of inspiration. I think that the good ones or the ones that last in time, are usually the ones who are strong and have a special identity.