Opal And Tourmaline: All You Need To Know About The October Birthstones 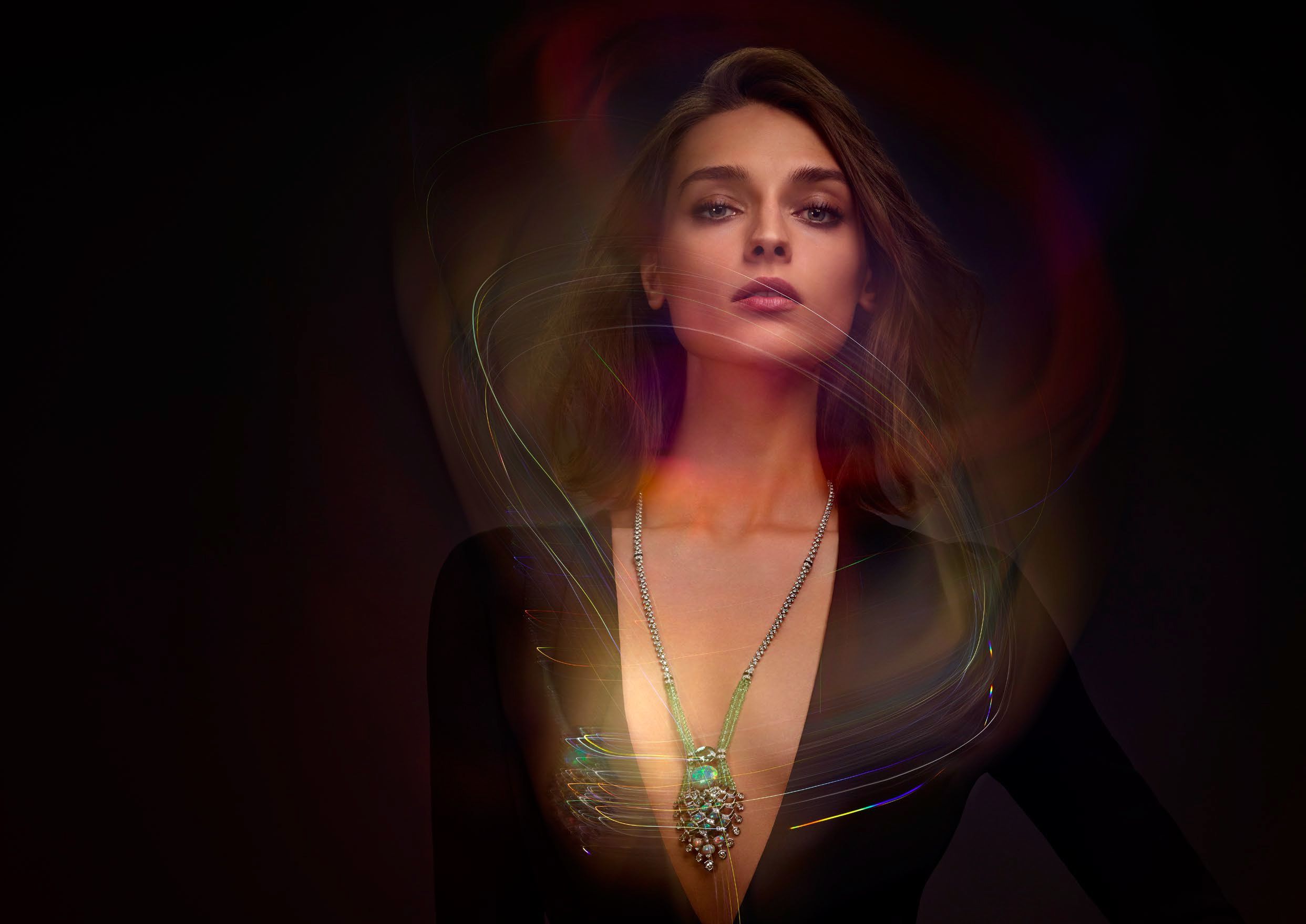 Style
Opal And Tourmaline: All You Need To Know About The October Birthstones
Share
Next article

Two marvellous stones to choose from, to gift your autumn-born friends. First of the October birthstones is the opal, a mysterious stone that symbolises intelligence, clarity and spiritual awareness; and secondly, the tourmaline, which is cherished for its vast range of colours.

Opal, one of October’s birthstones, remains an enigma. Is it, as the ancient Greeks believed, the tears of Zeus when he was defeated by the Titans. Or the Goddess of Rainbows when she was cursed to stone, as the Hindus maintain. Or was it first formed, according to Arabic lore, as the result of a lightning strike that turned the desert sands into stone? After thousands of years, the enchanting mysteries of the opal still make people wonder.

Pulsing with luck, the opal was viewed by many ancient cultures as a powerful stone that fills the whole colour spectrum with its flashes, sparks and flames, depending on how the light plays across its surface.

While the opal is considered, along with tourmaline, a traditional Libra birthstone and a pledge of friendship, be warned: some find them less fortunate for anyone having Venus afflicted in their horoscope.

This is typical of the conflict that rages within the opal, which can be visualised through the range of vivid colours that shine outwards from it. On one hand, it can enhance one’s cosmic consciousness, inspire originality and boost creativity.

On the other, some people believe it brings bad luck, a theory brought to life in Sir Walter Scott’s 1829 novel, Anne of Geuerstein, when the leading character passes away shortly after a drop of holy water accidentally falls on her opal and destroys its colour. Incidentally, the story succeeded in crushing the European opal market for nearly 50 years until it was revived through a discovery in Australia.

Why opals are so precious

In 1877, a stunning black opal was discovered in New South Wales, leading to a rush away from European opals and towards Australian black and white varieties, which are still in greatest demand.

The stone is made from hydrated silica and its hardness goes from 5 to 6.5 according to the Mohs scale of hardness. The most reasonable explanation for the way it is formed is through rainwater filtered through rocks mixing with silica to become a gel. When the water evaporates the silica then forms into small crystals.

The play of colour comes from opal’s formation process, which is different from many gemstones. This comes from the reflection of the scattering of light from the minute, uniformly sized and closely packed silica spheres within it. The most familiar examples are nearly translucent white, though some have a black or reddish background, often with red, green, yellow and blue lights burning within. One of the rarest examples is named the Harlequin opal, which displays colour patterns that resemble a checkerboard.

Famously worn by global luminaries — Queen Elizabeth II is one of the most notable wearers of the stone — the opal’s luminescence and eternal palette of colours lends itself perfectly to jewellery with no two pieces the same.

The opal’s explosive combination of rarity and beauty leads to values of over US$11,000 per carat for black opals, though this depends on the body tone, brilliance, pattern and play of colour. The most valuable, known as the fire of Australia, is valued at more than US$675,000, and is the largest-known high-grade opal in the world. Ninety-five per cent of the world’s valuable opals are mined Down Under, though they are also found widely across the Americas.

Another of October birthstones is the tourmaline. It is the perfect meeting of minds, blending as it does faithfulness and confidence in a rainbow of exceptional colours. For many people, it is the favourite stone of all as it can enhance any jewellery collection, and for others, its ability to be charged helps it repel negative forces and ward off evil. Whatever your views, tourmaline’s versatility and beauty, along with its history, makes it stand out as one of the greatest.

One of this gem’s most notable traits is the way it can become electrically charged through heat and pressure — pyroelectricity and piezoelectricity, respectively. When this occurs, tourmaline can act as a magnet by oscillating, and so attract or repel particles of dust.

From this, ancient magicians saw the black form of the stone as an effective means to protect against evil energy, while today it is often used shield against radiation, pollutants and toxins, as well as protection against negative thoughts.

One of the stone’s premier adherents, the Empress Dowager Cixi, a powerful force in Chinese government during the Qing dynasty, was so in love with pink tourmaline that she scoured it from the four corners of the world. Finding the finest in San Diego, she triggered a Californian boom in the early 1900s, as chronicled in an exhibit by the Smithsonian. Indeed, the Chinese market was so critical to tourmaline, that when the Peking government collapsed in 1912, it took the entire tourmaline trade down with it.

The empress was one in a long line of Chinese who have engraved and carved figures with tourmaline for many centuries. Ancient examples that are still on display in museums are a testament to the durability of the stone, which registers at 7 to 7.5 on the Mohs scale. Collectors of Chinese antiquities covet in particular the intricately carved snuff bottles made from pink tourmaline.

Why tourmaline is so precious

According to Egyptian legend, the stone found its famed spectrum of colours when it passed through a rainbow on its journey up from the bowels of the earth. Tourmaline lives up to its name, which means “mix of colours” from the old Sinhalese words tura mali — its enormous range of hues allows it to complement any jewellery for every taste.

October’s birthstone was first discovered by Dutch traders off the west coast of Italy in the late 1600s or early 1700s. At the time, gem dealers were unable to differentiate tourmaline from other stones — in fact, at one point, pink and red tourmaline were thought to be rubies.

Found all over the world, the stone is actually a mineral family that encompasses 30 individually unique varieties, thus giving it so many different colours. Every tourmaline stone has the same crystal structure, but the elements within the crystal vary.

It is produced in pegmatites, or areas deep underground that are filled with a rich hot liquid that is full in different minerals. When the liquids begin to cool, the minerals crystallise and form tourmaline crystals. The host rock around these pegmatites is generally granite, though some species will also grow in metamorphic rock such as marble.

The legendary American jeweller, Tiffany & Co., was among the first company to use tourmaline for its pieces. It did so after mineralogist George Frederick Kunz presented an exceptional tourmaline crystal to Charles Lewis Tiffany — the first the great designer had seen, prompting the beginning of a friendship and a beautiful business relationship.

Most expensive of all tourmaline is from Paraíba Brazil, which may reach tens of thousands of dollars per carat. Elsewhere, chrome tourmalines, bi-colours, rubellites and fine indicolites may sell for as much as US$1,000 per carat or more.

Below we have glorious examples of jewellery featuring one or two of the October birthstones:

The Matsuri necklace from Cartier’s Coloratura high jewellery collection is the perfect example of combining two of the October birthstones into one fine piece of haute joaillerie. Beautifully fashioned in a delicate latticework that forms the structure of a lantern, it is set in platinum and festooned with a 14.82-ct cabochon opal and a 7.25-ct oval-shaped green tourmaline.

As Danilo Giannoni said, black and white opals are definitely higher in demand but the pink variety is popping up in many luxury jewellery collections, including the Dior Rose des Vents collection, designed by Dior Joaillerie’s creative director Victoire de Castellane. The rosy hue of the pink opal can be seen on a set of earrings in 18-carat pink gold, which is also studded with a single diamond at the centre of each medallion.

Trust the Valenza-trained jeweller and gem hunter, Danilo Giannoni, to be able to get his hands on a tourmaline mined from Paraiba. The amazingly rare gemstone is carefully set in a ring that features not one but two pave halos. The yellow diamonds and brilliant diamonds truly bring out the tantalizing turquoise in the centre stone.