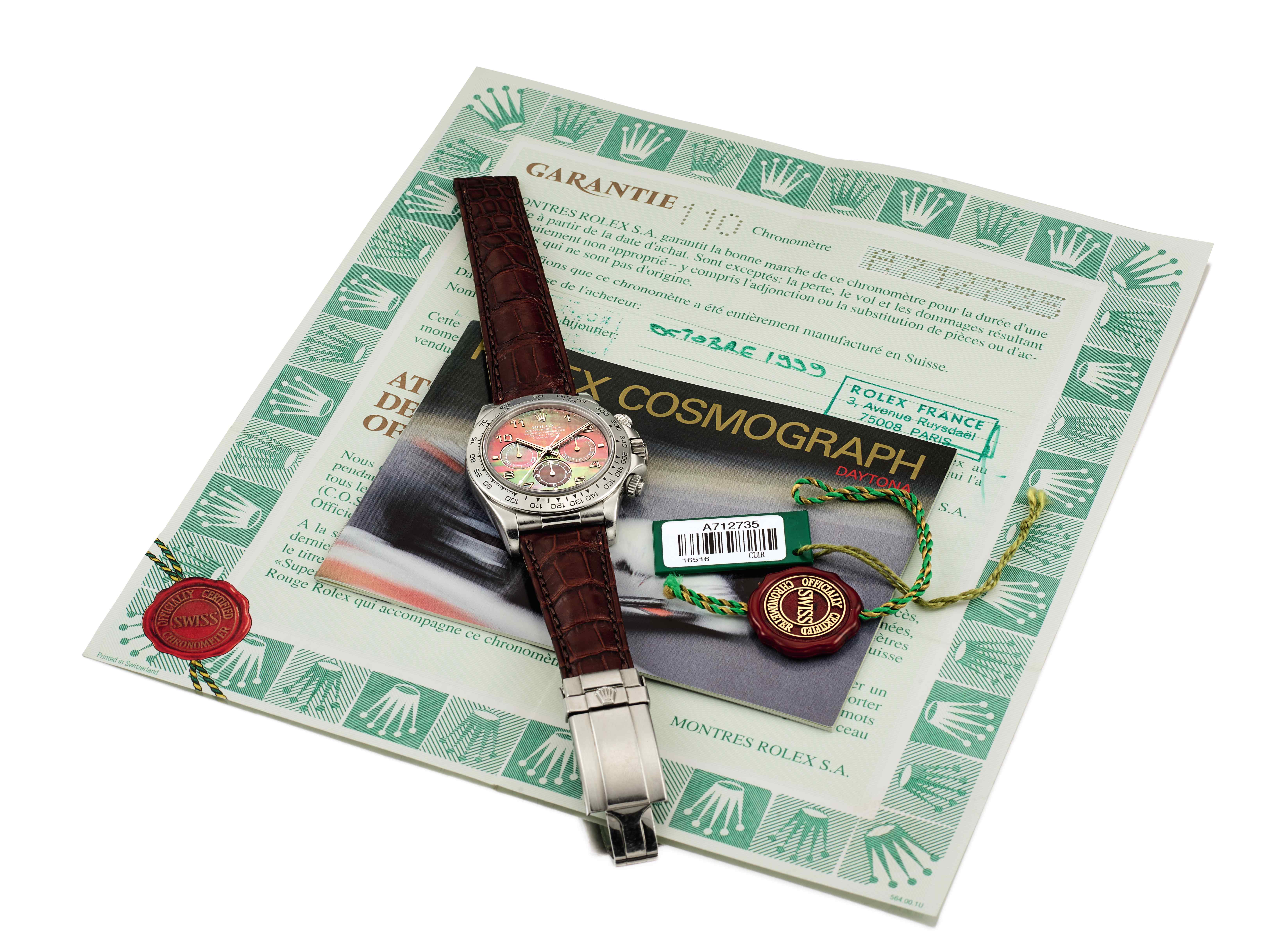 Rolexes have already set saleroom records in the past 12 months, with the late Hollywood actor Paul Newman’s early stainless-steel Daytona Cosmograph going for an eye-watering US$17.752 million at Phillips New York last October.

Although we’re not expecting to see anything quite so stratospheric in the Sotheby’s Important Watches Autumn Sale, which takes place at the Hong Kong Convention and Exhibition Centre  (HKCEC) on October 2, collectors’ eyes are nonetheless fixed on a pair of extremely covetable timepieces. One of these – to no one’s great surprise – is a Daytona, whose Zenith El Primero calibre 400 would alone make it extremely valuable. However, the platinum case and mother-of-pearl dial of this 1999-manufactured Ref 16516 render it utterly unique (it comes with full certification and accessories); thus, the HK$3.2 to HK$6 million estimate for a watch like no other and whose existence was until recently unknown.

An even higher estimate of HK$12 to HK$18 million has been set for a rare 1971-vintage Patek Philippe Perpetual Calendar Chronograph with Moonphases, one of only six known examples of the 2499 third series in pink gold. Sold by Tiffany & Co., it bears the jeweller’s name beneath the moon on its dial, which potentially makes it unlike any other of its type.

According to Sam Hines, worldwide head of watches at Sotheby’s, “not only are they rare and important pieces in their own respective rights, they also reflect the rich history of two of the hottest watch companies in today’s market”. Along with other pieces in the sale, these two amazing timepieces are on public exhibition in the HKCEC’s Hall 1 from September 28 to October 1, 2018.