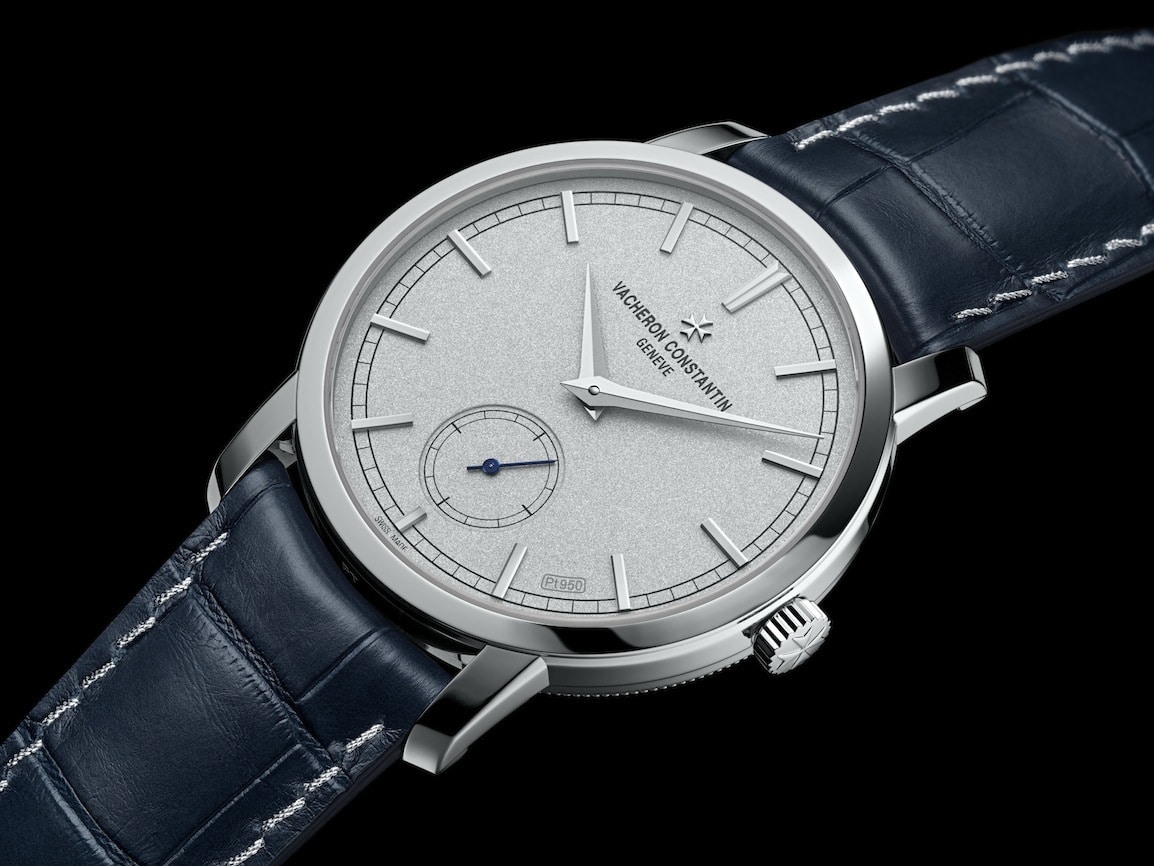 Since 2006, Vacheron Constantin has continuously released watches as part of the Collection Excellence Platine. A special series of timepieces, all the models in the line are created as limited editions, and have one shared characteristic — a dedication to showing off the material platinum. From platinum cases, to crowns, buckles, dials and yes, even straps with platinum stitching, if a component could be made using the precious metal, it was. Among all the models in this exquisite line, the Traditionnelle Manual-Winding Collection Excellence Platine, released during the SIHH 2019, stands out with a flair for understated sophistication.

At First Glance: The Design

There’s something about the way Vacheron Constantin approaches simplicity that makes you want to take a closer look. The Traditionnelle Manual-Winding Collection Excellence Platine, with its clean-cut design and minimalist styling, entices with the promise of being far more special than what meets the eye. At 38mm in diameter, the case hits a sweet spot for classic dress watches, the platinum adds a weightiness that comes as a surprise for such a sleek timepiece. With the exception of the hour-markers and hands — which are crafted from polished white gold — the entire watch is made of 950 platinum. Even the dark blue alligator leather strap is created from interwoven platinum silk thread for the ultimate touch of refinement.

The platinum dial shimmers with a soft-grain, sandblasted finish, and reference to the Collection Excellence Platine is subtly discreet — a small ‘PT950’ inscription between four and five o’clock. With delicate hour-markers, a railway-type minute track and a small seconds display resting at six o’clock, the watch face is clean but strikes with remarkable visual balance.

A Closer Look: The Movement

The watch is powered by the Vacheron Constantin in-house, manual-winding 4400 AS calibre, endowed with a 65-hour power reserve. About as classic of a heartbeat as a watch can get, the quintessentially Swiss movement and its exquisite hand-finished details are displayed through a transparent sapphire crystal caseback. With such a traditional movement coming from the oldest Swiss watchmaker that has consistently been in operation, what sets this release apart from a watch released a century ago is the balance — beating at 4Hz as opposed to 2.5 or 3 Hz.

Like all models in the Collection Excellence Platine, the Traditionnelle Manual-Winding model is a limited edition, with only 75 pieces available and each individually numbered. To find out more, visit vacheron-constantin.com.

People & Events
By Alice Lin
Sign up to get the latest luxury and lifestyle news delivered to your inbox.
Mary Losmithgul
The online content creator for Prestige Thailand, Mary handles the magazine's digital platforms. She enjoys black coffee, astro charts and listening to entire albums in one go. When not engrossed in a novel or having brunch, catch her on the hunt for new restaurants and the city's latest happenings.
Society events travel property watches drinks