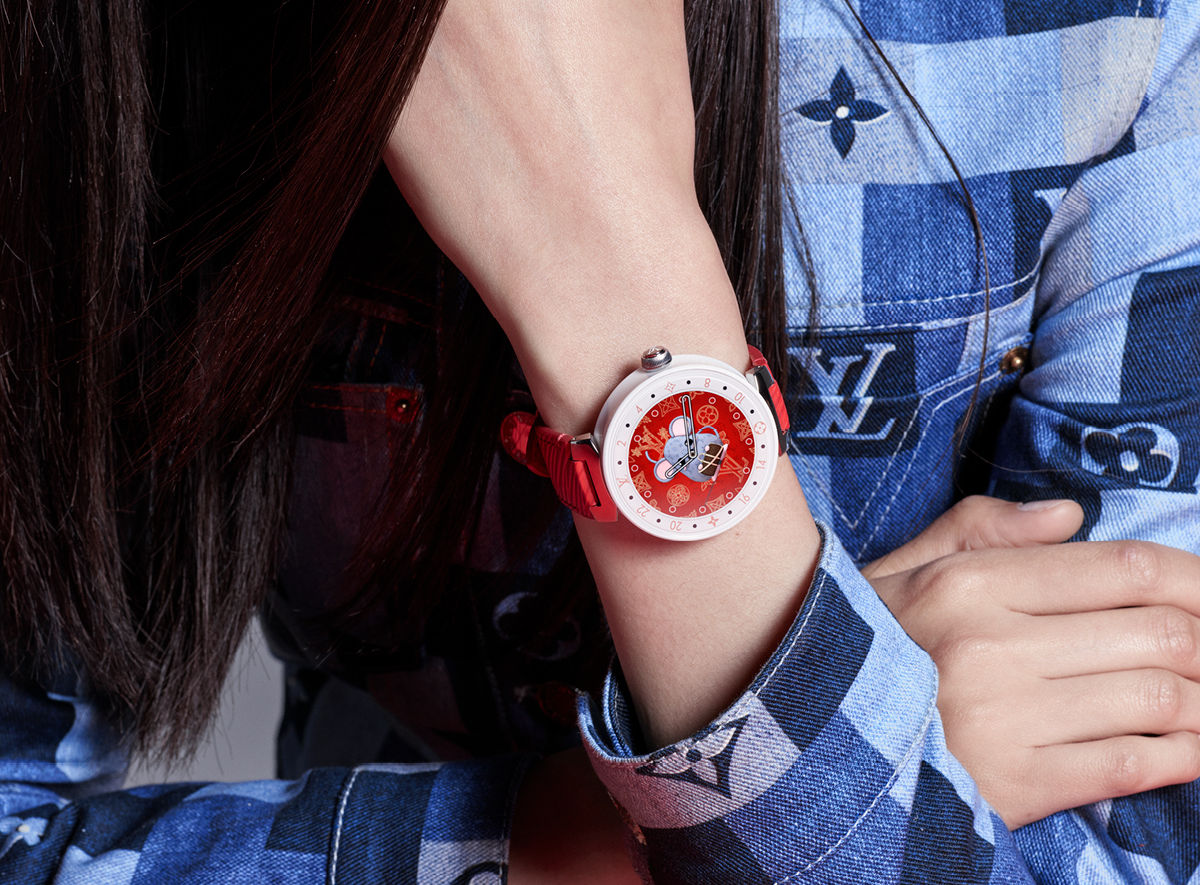 With just a couple of days left to the start of the new Lunar calendar, it’s time for the finishing touches to this year’s lucky look. The new year is marked by the Rat, the first sign in the Chinese Zodiac. The Rat is said to represent renewal, standing for passion and ambition while bringing the luck of wealth with it.

Legend has it that the Jade Emperor, ruler of all gods, hosted a race for all the animals. The Rat beat out all other stealthy animals and came in first place by using its intelligence and speed, hence winning first place in the zodiac calendar. According to the legend, the Rat was smart enough to cross the river on the back of the Ox, and jumped off the Ox’s back to quickly finish the race ahead.

These 2020 Chinese New Year luxury watches celebrate the Rat as an omen of harvests and prosperity, in the most timely fashion.

The Reine de Naples glistens with 18-carat white gold and a bezel set with 40 diamonds. Its dial, which has been refashioned for the Lunar New Year with a rat display, is made out of seashell crafted as a cameo. Variants of the watch are available for more or fewer diamonds.

Chopard is playing on the ancestral Japanese art known as Urushi in its dial design of the L.U.C XP Urushi Year of the Rat timepieces. Each watch in the 88-piece limited edition collection is crafted in 18-carat rose gold and powered by an ultra-thin movement produced exclusively Chopard’s manufacture workshops.

Jaquet Droz is highlighting its Petite Heure Minute timepiece with new revisions. The four models celebrate the Rat as its paired with another auspicious symbol, the pomegranate, which represents life and fertility. Only eight pieces are created for each variation as it follows the purest tradition of Jaquet Droz’s Numerus Clausus artistic creations.

The House is adding a touch of animation to its Tambour Horizon smartwatch. 12 new dials are in store featuring all the animals of the Chinese Zodiac calendar, that is the Rat, Ox, Tiger. Rabbit, Dragon, Snake, Horse, Goat, Monkey, Rooster, Dog and Pig. What you see is what you get: cutting edge technology from its interface, that classic Louis Vuitton elegance, and the cutest Zodiac designs.

Lastly, Piaget is feeling all kinds of festive with the limited edition Altiplano. The cloisonné “Grand Eau” enamel was created by artist Anita Porchet, with a dial in delicate light grey tones. A gleaming white gold case is set with 78 brilliant-cut diamonds and presented on a black alligator-skin strap for the collection of just 38 timepieces worldwide.

Diandra Soliano is the Associate Editor of Prestige Online Malaysia. In between morning coffees, long lunches (business, of course), and meeting deadlines over sundown cocktails in the city, you can find her at the yoga studio – or at least she hopes.