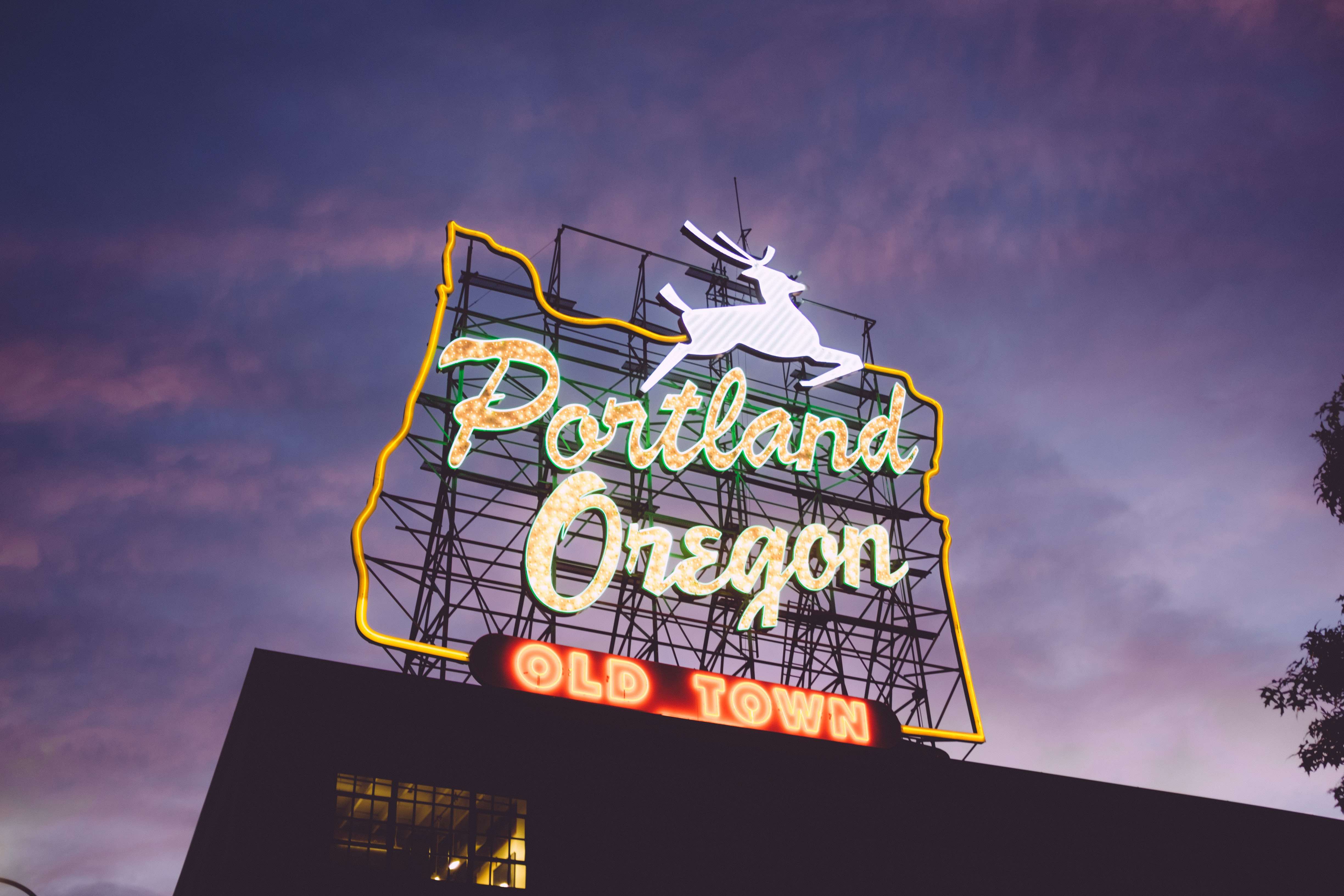 Located in the rainy environs of the U.S.’s Pacific Northwest, three hours south of Seattle, the city of Portland, Oregon has so much more going for it than just wet weather. First, it’s a junction of natural wonders: Just a short drive away from downtown, there are ocean beaches for cool dips in the summer, not to mention picturesque mountains where you can hit the slopes in winter. Elsewhere, the hipster-y old town is a destination for free spirits and art lovers — this is the only city in the US with an art tax to help preserve and foster local talent, after all.

Happily, Portland is a place where everyone can be anyone they want without any judgment. The city has only one request if you wish to experience its unique culture: While you’re there, do your part to keep it weird — it’s kind of their thing. If a bit of Portland-style eclecticism sounds like it’s up your alley, read on for our picks of where to stay, what to eat and more.

An iconic landmark of the city, the Heathman Hotel has been a cultural fixture since it first opened its doors in 1927. The hotel pays homage to the history, culture and art of Portland, with pillars composed of coins (to echo the story behind the name of the city) in the lobby, paintings decorating the halls and rooms commissioned by local artists, plus a lounge which doubles up as a library. Inside this literary cove is a collection of over 3,000 titles, each and every one signed by authors who were guests of the hotel. When the PDX weather doesn’t hold up, drop in here to take in the artwork or get lost in a book.

The interiors of the Heathman Hotel have recently been renovated. The rooms are light and airy with décor in a minimalistic style of soft neutral tones and dark wood flooring. Beds come with standard hotel pillows, but if that’s not what you’re accustomed to, a menu of specialty pillows is available for you to choose, ensuring you feel at home as much as possible. The minibar is also worth checking out as it’s locally inspired and features tastes from some of Portland’s favourite purveyors.

If there’s one thing you have to order here, it’s oysters. With the largest selection in all of Portland, the oyster bar here is 100% sustainable, mostly sourced from the Pacific Northwest and the menu changes every single day. Southpark’s reputation did not make its name on its vast variety alone, but also its creative presentation. The freshly shucked molluscs on the half shell are piled over ice and served with wedges of lemon and mignonette for a sweet and refreshing burst of the ocean. Their cooked oysters are also worth a try: miso butter with Calabrian chili and furikake, herb aioli with tobiko and scallions, ‘nduja butter with chives or kale Rockefeller-style with bacon and breadcrumbs — which got us ordering round after round, three to be exact.

If you ask any Portlandian, they’ll proudly tell you that they live in the greatest beer city in the world. It’s hard to disagree, since Portland did pioneer the craft-beer movement in the early ’80s and now has over 70 breweries and counting. Check into brewpub Loyal Legion for a tap list that’s representative of the Pacific Northwest beer scene for a cold one or two. Loyal Legion was born to celebrate the Oregon craft brewing tradition, so it comes as no surprise that they have the best beer tap system in the country and serve the most Oregon beers on tap — 99 beers on the wall to be exact. How do you go about approaching such a large list? Well, the menu is carefully dissected so you can browse by style, sub-style, brewery, region, taste, growler, super cold, and nitro. Otherwise, the knowledgeable taptenders are there to guide you to an ale, lager or stout to your liking.

Nicknamed the City of Roses for good reason, Portland is known countrywide for its beautiful blossoms. These blooming buds have been around for a century, first landing during World War I in hopes to preserve species of European roses in case they became damaged or extinct. Fast forward 100 years later and Portland’s Rose Test Garden is the oldest official test garden and home to over 10,000 flourishing rose bushes of over 500 varieties, and you’ll find history, nature and social-media-ready backdrops all in this one garden. The best time to visit is in June, but it’s open from April to October from 7:30am to 9:00pm daily.

Traffic can get pretty insane during rush hours, so do try to explore the city on foot. Downtown Portland is a great place to wander around as many iconic spots are within walking distance. It also rains around 280 days out of the 365 (that’s 77% of the time!), so pack rainproof gear, especially footwear. It’s quite like the downpours we get during Hong Kong summers, but it does drizzle — a lot.