Getting spoilt in the Bahamas 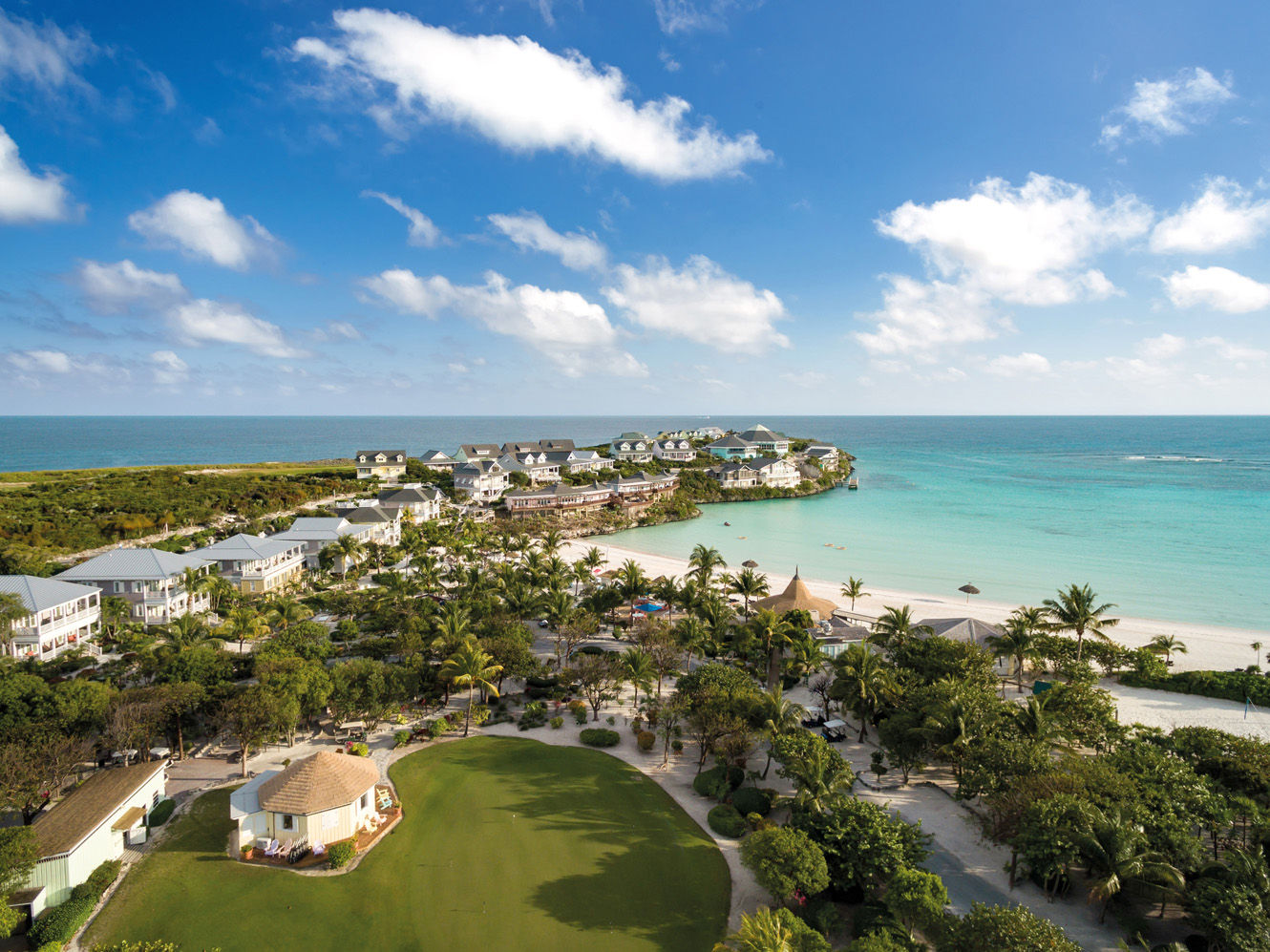 Travel
Getting spoilt in the Bahamas
Share
Next article

His bronzed biceps bulged. The line smoked out from the reel between his thighs. The rod bent. The eyes widened and the teeth glinted through the famous grizzled white beard. He was on to another trophy marlin.

Hemingway considered The Bahamas — Spanish for “shallow waters” — as paradise. Particularly Bimini. I am not sure what the famous daiquiri drinker and deep-sea blue-water fishermen would think of it now. He would have probably hooked onto a passing paddle board. A Hobie Cat is harder to land than a sailfish.

I can’t see Hemingway going in for hibiscus sun repair facials and cuticle protection. Or booking himself a full-back wax. Or a hair braiding session, but people do.

Other fans of The Bahamas, like Al Capone and the pirate Blackbeard, might have felt at home among the bonefish and mangrove fishing charters and casinos and would have enjoyed a Gully Wash or Sky Juice cocktail at Dune on Cabbage Beach at Nassau’s One & Only Ocean Club, Paradise Island (formerly Hog Island).

The Versailles nuances, fountains, statuary, terraced gardens and the 12th-century Augustine cloister shipped in piece-by-piece from France might have gone over their head. And a personal scuba instructor may not have been a priority either. A pineapple mango smoothie would certainly be anathema. But they would have appreciated the antihistamines and anti-chigger ethanol candlelit fine dining.

But I can’t see Blackbeard in a cabana. The Bahamas have always offered different versions of paradise — if paradise is defined as outrageously luxurious, absurdly decadent and glamorous living. The islands off Florida offer old-style luxury in the form of the British Colonial Hilton near Straw Market opposite Nassau’s cruise terminal and the Graycliff with its own chocolate factory. It is one grand humidor. It is where Bill Clinton got his Gurkha cigars. You can have a cigar-rolling lesson from a real torcedor.

The original mansion at Graycliff was said to have been built by buccaneer John Graysmith in 1740. It was later owned by Polly Leach, a close companion of Al Capone, before becoming the home of Lord and Lady Dudley, the 3rd Earl of Staffordshire who hosted the Duke and Duchess of Windsor (the former Edward VIII and Mrs Simpson) and thought The Bahamas rather perfect. They called it home. It became a luxury hotel in 1973. There are only 20 rooms but plenty of herringboned parquet and credenzas. Next door is the Governor General’s House.

The restaurant makes one feel special. The sea bass is flown in especially from Chile, the sole from Holland and the crab from Alaska. If you want to spoil yourself and get one up on your friends, you can turn to page 70 of the famous wine list, trail your finger down and order yourself a bottle of  the house 1727 Rudesheimer Apostelwein. At US$200,000, it is the world’s oldest drinkable wine — ideal if you fancy a dessert wine that has some cachet and will go down well with insecure social peers.

Graycliff has the third largest wine collection in the world.  A quarter of a million bottles, conservatively worth US$11million, are kept in the old rock-faced dungeon.

Once you have encountered dolphins in the Blue Lagoon, fed a few stingrays and bought a new swimsuit and some Bahamian handprints from Cole’s of Nassau, ticked off the Bond locations and crossed off the offshore investments and wealth protection options, all that is left to do is decide whether the sea is cobalt,  or azure. Cerulean even.

And then just conch out. The Bahamas proves it’s possible to be stalked by a large shell.  Everywhere serves conch. Having tried it cracked (fried), singed, smoked, frittered, goat-peppered or pecan-crusted, you develop the same attributes as the celebrated Caribbean gastropod.

You don’t move very far. Or very quickly. A hammock is the only known antidote to Titan’s Trumpet. The 30 inhabited islands and cays (coral reefs) that comprise The Bahamas offer the chance to find your personal paradise and exclusive, upscale address — like the new Lumina Point Resort & Spa, Turtle Lagoon, on the five-mile-long Stocking Island, Great Exuma. The off-the-grid, low-footprint boutique eco-resort is the latest hangout for models. Overlooking George Town, it’s the ideal location to make that laid-back, moneyed-but-not-posey statement.

Your private launch is met at the pier with a cold towel and a classy beverage. Turtles form a reception committee. The food in The Beacon, which overlooks Elizabeth Harbour and Exuma Sound, is excellent. Howard is your gracious host, reminding you to care for starfish because they are prone to sunburn too. You can’t book an early morning call as there are no phones. But the local songbirds will do their best. It’s Robinson Crusoe with an AA Rosette and five stars, with plenty of compliments on TripAdvisor to boot.

Other islands tempt you with their take on paradise. Like the Fernandez Bay Village Resort on Cat Island, The Grand Isle Resort & Spa, also on Exuma, where you can swim with pigs and feed iguanas before returning to the transformative marine skin treatments and your three-bathroom villa with gourmet kitchen and granite countertops that look out to the Greg Norman course and the ivory crescent of Emerald Bay. Somebody’s got to do it.

Abacos has The Abaco Club On Winding Bay. Using the logo of the only ground-nesting parrot, the resort offers one-suite cabanas or multi-bedroom island cottages. Have an Abacos Smile aperitif before your superb dinner at Cliff House, which has views of the gorgeous Salt Cay. Go for stone crab claw with plantain cakes on the side. Save room for coconut bread and butter pudding and guava crème brûlée.

The club, combining Bahamian-beach chic with the feel of a private estate, reminds you of home and reality is a penance. Once you have played and SnapChatted the extraordinary clifftop course (editing out the air shots and lost balls) you can snorkel yourself into a prune or take the clichéd sun-splashed stroll down the two-mile “white sand splendour” beach.

The Bahamas offers all kinds of tropical paradise, each to its own. The flumes and terrifying water rides — The Abyss and Leap Of Faith at the Atlantis resort, Paradise island — would have tested Hemingway’s machismo. And Edward Teach (Blackbeard) would have struggled with all the sunrise yoga sessions. But he would have loved the golf carts. And you do wonder, if he bumped into Beyonce and Jay-Z, who would have photobombed whom?