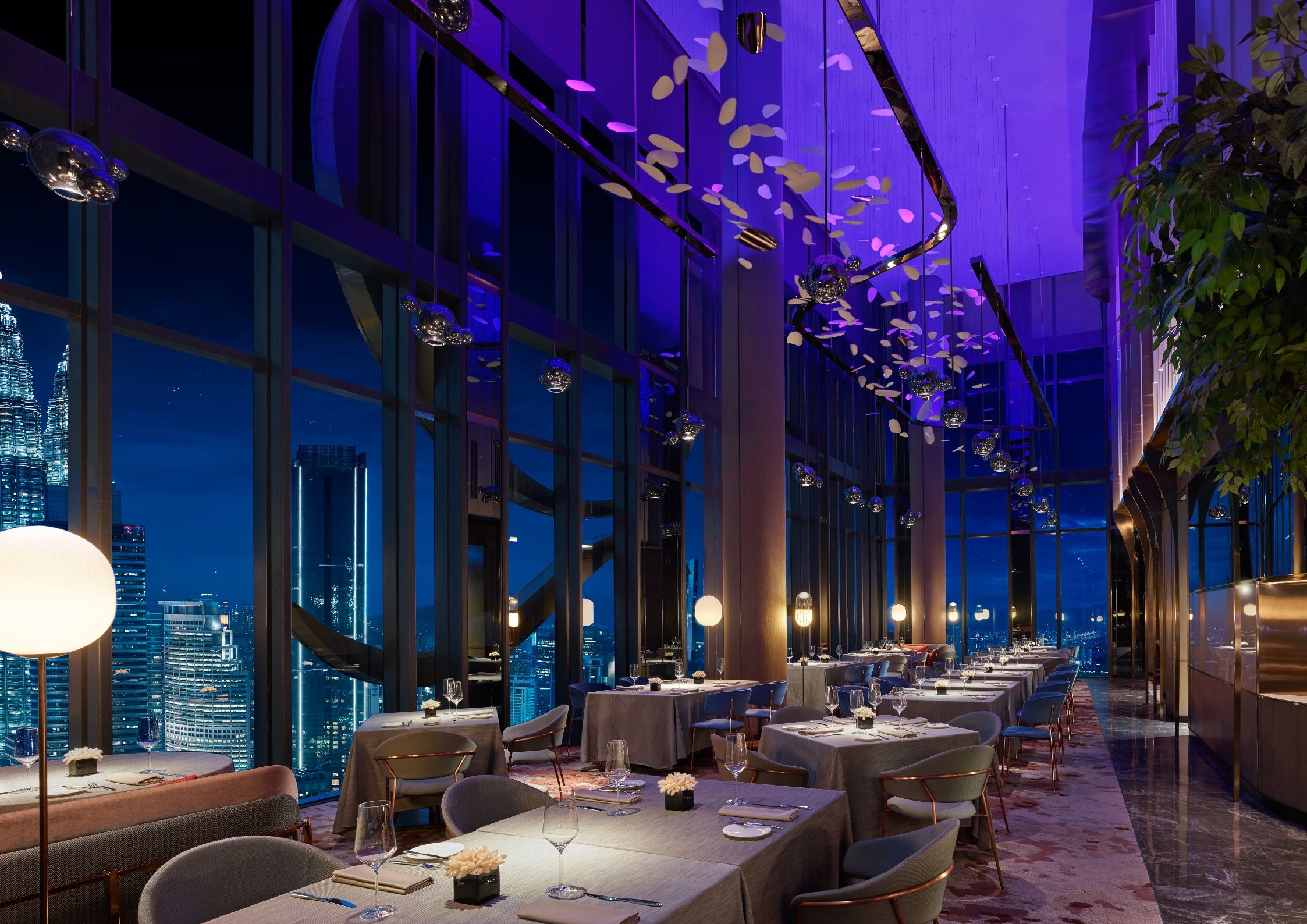 Started from Kampachi now we’re here — Sky51, the highest level at EQ. Once gloriously known as Hotel Equatorial, an extensive renovation now sees it as EQ; ranked the city’s top hotel on TripAdvisor. In its heyday decades ago, the hotel featured two famous brands named Chalet and Blue Moon. These too, just like every detail down to rose gold trimmings in the EQ’s luxe decor, have been refashioned.

Come at sundown. Take the lift up to the 51st floor (obviously), and step out into what can only be described as ‘Instagram post number one’ — a dark space fitted with reflective lights resembling space. The fanciest elevator lobby divides the rooftop bar and lounge, Blue; and Sabayon, a contemporary European restaurant.

With over 20 years of experience holding a Michelin star at Sweden’s Restaurant 28+, Chef Hans Boren now helms the kitchen at Sabayon. If the name Sabayon rings a bell, well then, we could probably guess your age — an ongoing joke at the hotel. It’s a name those who dined regularly at Chalet will recognise as one of the highlights of the Swiss restaurant’s menu. This was the “dancing dessert” that came with a parade of restaurant staff who took turns whipping the cold egg-based dish into shape while doing the twist, as a house band of folk singers provided a fitting soundtrack. There could be no name more fitting for EQ’s newest establishment.

Over at Blue, expect a speakeasy-inspired bar that keeps itself a secret behind an unassuming door, but makes no attempt at modesty on the other side. Even on weeknights, the jazzy Blue sees a good crowd of professionals impressing clients, socialites, and those who have surrendered to cocktails before the weekend – specifically up to 80 seated, 130 guests at the outdoor and upper deck, and 34 at the private pods. Get your boomerang mode on Instagram ready for cocktails with a bit of a show; negronis as the usual smokey suspects, and bespoke crafted cocktails with illuminated coasters and plenty of theatrics.

And what’s a rooftop bar in KL without front row seats to views of the Petronas Twin Towers? Click, click, snap.

Finally, if you’ve got it, flaunt it: memberships with first class perks. Exclusivity extends to Express Access to Sky51, a private locker for bottles with a key only you possess, members’ nights and surprises in store, priority to the private upper deck, zero cover charge for a number of guests and offers for rare whiskies. Keen? Send your enquiry to dineateqkl@kul.equatorial.com.