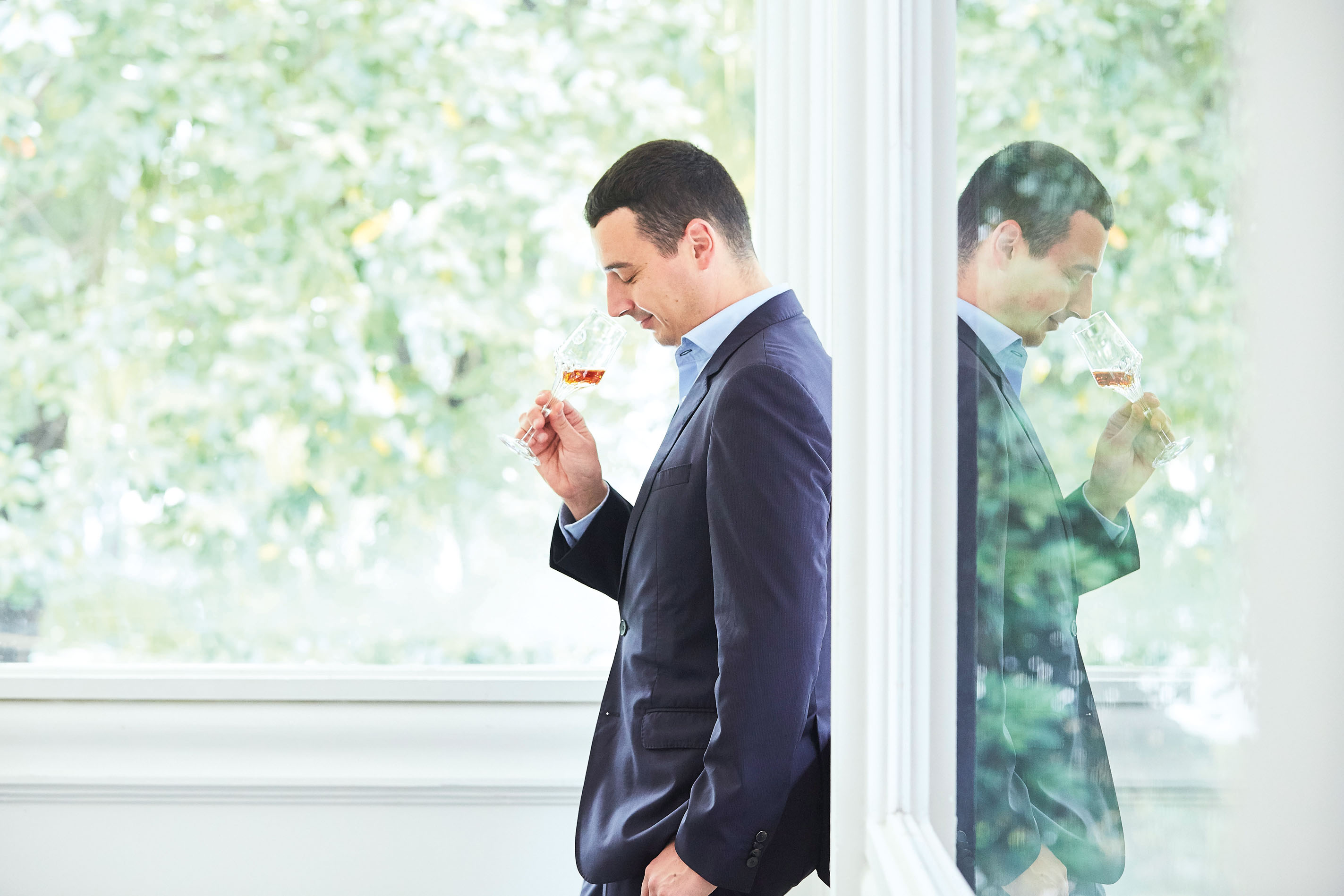 The best way to drink a cognac, says Baptiste Loiseau, is with ginger ale or tonic. Ginger’s citrusy flavour enhances its vanilla aroma for a refreshing everyday drink. But if it’s an older, mature cognac, you should drink it neat.

Helming cognac cellars of French oak barrels appear par for the course, until you realise Loiseau was just 34 when he inherited his position in 2014 — from his long-time mentor Pierrette Trichet, also the first woman to hold the title at a major cognac house. The house itself is Louis XIII, introduced in 1874 by Paul-Emile Remy Martin and now part of Remy Cointreau, the Parisian spirits conglomerate that itself goes back to 1724. They make ultra-premium cognac from up to 1,200 of the oldest eaux-de-vie (water of life) sourced entirely from Grande Champagne, the first cru of the Cognac region.

“I was born near Cognac; my whole family is from the area, but they weren’t interested in this industry,” says Baptiste Loiseau, now a still-young 37. “I was first intrigued by agronomy and soil, and studied winemaking in Bordeaux and then in New Zealand. It was in New Zealand [making Marlborough Sauvignon Blanc] that I started to see how the terroir could give something to the wine. This link to the terroir was what first made me think about my roots in Cognac but I couldn’t understand how you could go from Sauvignon Blanc to an eau-de-vie, which is 70 percent alcohol. I hadn’t understood how distillation takes place in the Cognac region, so I went back to meet master distillers, spending time at the pot stills to try to understand how it works. For me this is a magical place, to change the parameters of distillation.”

Back in Cognac, he started at a research institute but soon realised it was working with both grapes and growers that truly excited him. “I joined Remy Martin in 2007, with the aim of selecting the best grapes that represent the house. The mission was to understand the condition of the grapes and how that can translate into cognac, to use my skills as a winemaker to preserve the quality of the grapes, though not before understanding the style of the house,” he shares.

Then came the test of who would succeed Trichet, whom he had assisted for seven years, three of those as deputy cellar master. From 2007 to 2014, he was her voice in the countryside, explaining to the growers why certain grapes worked or didn’t work for the style and quality of the cognac they were making. “But I didn’t imagine that I would be chosen to succeed her,” he insists.

“When she told me she was retiring and needed time [to hand down] all the recipes, I said, ‘What do you want me to do?’ She replied that I was to replace her.”

“I said, ‘What?!’ She said we tasted the same way and I had the technical skills and [character for the job]. She was really confident that I could follow after her as cellar master.”

Like Trichet and every cellar master before her, Baptiste Loiseau knew when taking over the position that he’d never actually taste the fruit of his labour — the eaux-de-vie he sets aside will have to age between 40 and 100 years. Every decanter of Louis XIII, after all, takes four generations of cellar masters (over the course of a century) to craft. It will be his children or grandchildren who will finally taste his efforts at the house.

Pointing to Louis XIII’s newest limited release, a $15,000-magnum christened “The Legacy” and autographed by all four living cellar masters — Loiseau, Trichet and their predecessors André Giraud and Georges Clot — he smiles and says: “This has been selected by the previous generation, and for me, it’s about transmission, passing from one cellar master to another. I have to take care of these treasures.”

The design of the flask, hasn’t changed since the 19th century either. The Baccarat crystal decanter takes its unique shape from a metal flask found at the site of the Battle of Jarnac more than four centuries ago and purchased by Paul-Emile Rémy Martin in 1850. “Four years ago, I went and met the wonderful people who have the skills to make this one by one, and what’s interesting is they can tell which man created which decanter. For us, [the cognac] is the same but for them they know who did what. And that’s amazing — the passion and the sense of detail to make that.”

While Louis XIII may be about ancestral savoir faire, Loiseau’s talent is on full display in Carte Blanche a Baptiste Loiseau, a limited-edition cognac steeped in the Remy Martin tradition. “The first edition was released one year ago now,” he discloses. “It was extremely successful so I can proceed to make the next one, which will be on the market the beginning of 2018. The first was from Gensac-la-Pallue, and the second is from another village, Merpins. For this one, the youngest is 27 years old, and we have them coming from the vats so the percentage of alcohol is 44.1, which is dense and driven by spice.”

He heaves a sigh, one probable of contentment. “I feel the privilege of the cellar master doing this.”