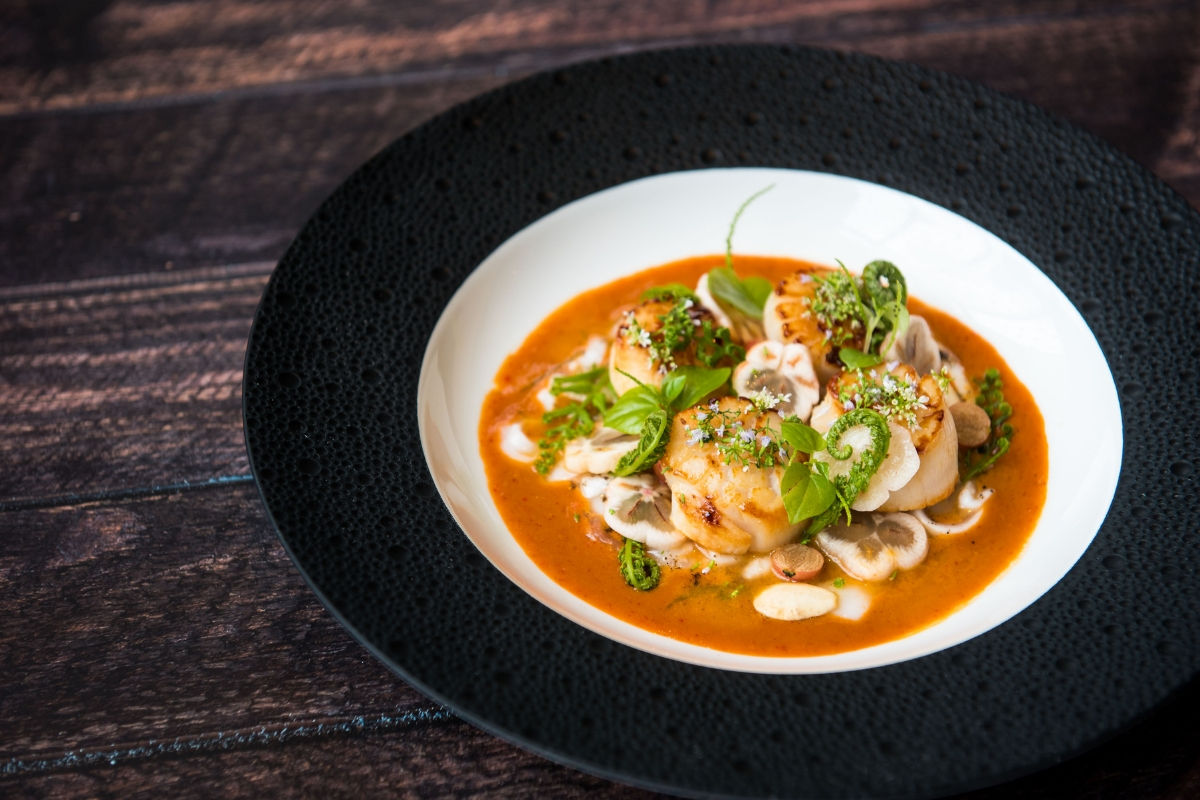 What is it about Thai cuisine that so captivates us? Perhaps it’s that optimal combination of sweet and salty, sour and spicy, or the abundant use of local herbs and ingredients in its cooking. And I haven’t even got to all the regional variations; of Northern, North-Eastern, Central and Southern Thai, that we (generically speaking, of course) aren’t as familiar with yet.

Long influenced by its neighbours, Thai cuisine encompasses different styles of cooking and a blend of flavours that are deeply infused into the dishes we love. Take Pad Thai for example, which was designed within Thailand using Chinese rice stick noodles. Or the beloved spicy Som Tam salad made with shredded green papaya, originating from Laos. History tells us that there were even some European influences from Portuguese missionaries and Dutch traders. But today, Thai food holds its place and ranks highly as one of the world’s most popular cuisines.

In fact, it also ranks in at number 28 on Asia’s 50 Best Restaurant List thanks to Paste Bangkok — a passion project created by husband and wife duo Thai Chef Bangkok ‘Bee’ Satongun and Australian-born Chef Jason Bailey. The restaurant has been awarded a Michelin star for two years since 2018, and Chef Bee was also named Asia’s Best Female Chef by World’s 50 best Restaurants in 2018. With its recent successes, Paste continues to go from strength to strength with the opening of Paste Laos in Luang Prabang last year, and plans to open another outlet in Australia soon.

Unlike other innovative cuisines we know, Paste’s cuisine is a revival of Century-old recipes from historical royal cookbooks, tweaked for the modern palate. Royal cuisine also does away with sharp edges of flavour that is often found in street food. It involves more ingredients, layers of flavours, and is far more labour-intensive. To see just how this would fare on our well, modern palates, we set off to The Land of Smiles for a taste.

The restaurant is situated on the third floor of Gaysorn Shopping Centre, in the heart of Ratchaprasong district. It’s easy to get to, but feels odd to walk over to a Michelin starred restaurant in such a quiet chain-store filled mall. But such is Bangkok with its many, many malls. However, all is forgotten as I enter the light and airy interior of the restaurant. The space is styled organically and opened up by high ceilings with a creamy palette of warm beige, dark wood and grey textures flowing through. Batten-panelled walls display shades of celadon green and olive, while decorative structures that resemble silkworm cocoons, rise to the ceiling as a sculptural focal point.

I take my seat at one side of the restaurant, which has a soundproofed window in view revealing the actions of the kitchen team, while Chef Bee calls out her order on the pass. After landing from a delayed flight, I’m keen to sample the tasting menu and look eagerly into that window as if to nudge them to serve. Fortunately, it’s not long after when the first course (out of five) arrives to the table.

Dinner begins with appetisers and soup, with the perfectly Seared scallops — that sit on a salad bed of young coconut, peromia, lemongrass and the fragrant flesh of mangosteen — becoming a quick favourite. Meanwhile other light bites such as Roasted duck with nutmeg and curry on crunchy rice crackers, a Mulberry leaf-wrapped grilled river prawn with sweetened ant eggs, and a savoury Watermelon rind and fish roe soup with seabass and crispy jicama (or yam bean) dumplings, all hark back to royal Thai recipes and cookbooks. It’s closely followed by a Lobster salad, tossed with chive root, morels, Asian citron and dehydrated seaweed. The sweet meat, bitter leaves and zesty nuances comes together as a well-balanced dish and with the welcome addition of pork crackling strips, it’s a dish I kept going back to.

The main course is served family-style and shared amongst us, are six intensely-flavoured dishes that work well together but are also worthy of its own spot on the table. Highlights include the fluffy soufflé-style 31 Flavoured Thai omelette, which uses sweet Australian spanner crab meat from Fraser Island. Some might say it is even better than street-food star Jay Fai’s omelette. Another stunning dish is the Southern yellow curry, again with Australian spanner crab, but brought to life by a deep smokiness, which is memorable to this day. The Whole lobster with stir-fried fresh egg noodles is also worth a mention. Although the noodles were too soft for my own liking, they were flavourful and eggy, having soaked up all the the rich, slightly spicy, curry paste sauce.

Thanks to Chef Bee’s ancestral Lao background, several other dishes from the region were on the menu to sample. Our must-orders include Crunchy cured rice balls with a unique sour sausage mixed in a red curry paste, river weed and rose pepper leaf combination, along with a luscious reinvention of the classic Kalee Ped (or Laos Duck Curry) by Royal Laos Court chef Phia Sing which is instantly addictive.

As always, I save some room for dessert, which we are told are less Thai and more Asian-inspired so that locals can have something different to try. The desserts, a Mango mousse with sticky rice and jasmine sorbet, White chocolate flower and a durian sponge cake, are unfortunately all a little underwhelming. Although I suspect might be due to the phenomenal flavours of the previous course still coursing through our veins.

As we roll out of the restaurant, thanking Chef Bee for her hospitality and rather epic tasting menu, a thought lingers in my mind that although I’ve yet to become more accustomed to Thai cuisine, and all the varietals it comes with, you needn’t ‘digest the best’ to recognise how fantastic the food at Paste really is, and I hope it stays that way.