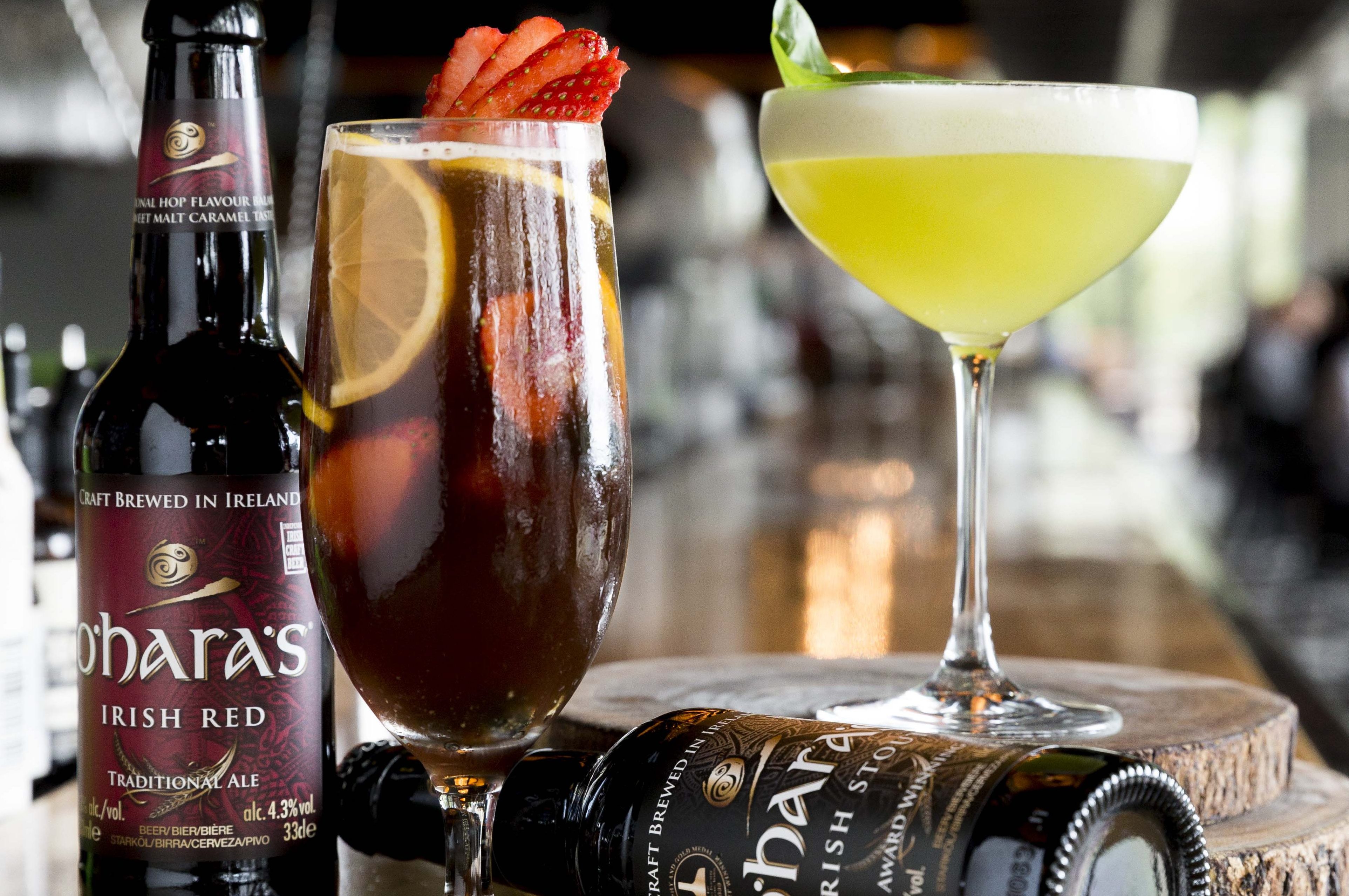 Ah, St. Patrick’s Day – a day of unbridled street revelry, beer, men dressed up as leprechauns, and men dressed up as leprechauns drinking beer and revelling in the streets. If you’d prefer a tamer way to celebrate all things Irish that doesn’t involve inhaling someone’s sweat in a crowded pub (or if the colour green clashes with your complexion), have a look at these quintessentially Irish drinks we’ve rounded up from a selection of bars around Singapore.

Think of Hell’s Kitchen in Manhattan and you might think of the gritty neighbourhood in Manhattan that was once dominated by working class Irish immigrants – as well as the mobsters that lived amongst them. The Mad Dog cocktail, so named after the Irish-American gangsters at the time, serves up a powerful, brash, and very Irish homage in one sizeable highball.

The Greenore 8 whiskey from Ireland lends the Mad Dog a surprisingly mild note, mellowing the edges of the cocktail – but make no mistake, this whiskey-based mixture pulls no punches. And with an ingredient list like that (Ferrand Dry orange curacao, Luxardo Maraschino, Drambuie, absinthe and bitters), this smooth and literally smoking cocktail practically oozes danger.

And when you’re sitting on one of Manhattan Bar’s plush leather armchairs, immersed in the bar’s decadent Jazz Age interior with that humongous highball glass in your hands, you’ll definitely feel like one of the mob bosses that the Mad Dog was named after.

If you’d prefer something less intense – or if you just need a hot pick-me-up after all the cocktails you’ve downed – Manhattan is also serving up a mean Irish coffee just for the occasion. It’s a bracing brew, at once buttery and bitter, that will certainly put hairs on your chest – and maybe even prepare you for the next round of drinks.

If you’re of the belief that St. Patrick’s Day without beer is a travesty, then the Irish Beer Sangria from Bread Street Kitchen is here to remedy that. If you did a double take at the words ‘beer sangria’, hear us out: it works.

The Irish Beer Sangria does what it says on the label: it’s a sangria made up of two Irish beers. Go figure. But beyond just mixing two Irish beers together and calling it a day, the bartenders behind Bread Street Kitchen have cleverly combined the bitterness of the O’Hara Irish Stout and the caramel finish of the O’Hara Irish Red with a dash of fruits to lighten the mixture.

Not planning on drinking for the day? If you drew the short stick and you’re the designated driver, or you just want to educate your kids on the true joys of St. Patrick’s Day, you don’t have to feel left out of the festivities. The Lucky Charm mocktail, a mixture of basil, lemon and egg whites, will set you right in the festive mood.

A lesser man (or woman) might be daunted by a name like the Corpse Reviver, but hey, St. Patrick’s Day only comes by once a year. Also, we are assuming that after all the imbibing that you’ll be indulging in over the weekend, you’ll probably need a drink that’s potent enough to wake the dead.

While not a traditional Irish brew per se, the Corpse Reviver’s green tinge and the generous helping of absinthe jelly earns it a spot on this list. The Corpse Reviver is also one of Jigger & Pony’s most popular signature cocktails, and it’s not hard to see why. The St. Germain liqueur enlivens the cocktail with a lovely hint of elderflowers and makes a potentially overbearing concoction taste light and refreshing.

And if you had any reservations about this cocktail, the crowning dollop of absinthe jelly might just make you change your mind – or at least, forget about whatever it is you were thinking of.